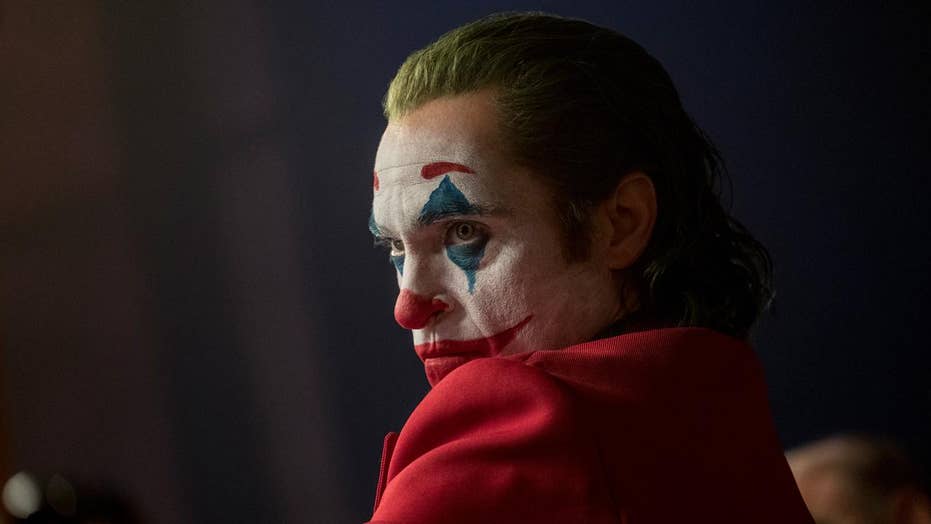 What does the success of the film 'Joker' say about our culture?

With the blockbuster success of Joaquin Phoenix's film 'Joker,' at least one commentator is sounding the alarm about the rise of the 'demonic anti-hero,' a dark character whose evil deeds are somewhat mitigated by our familiarity with them. So is the movie a harmless piece of escapism, or does it signal something very wrong with our culture? Here to debate are Dr. Alex McFarland and Michael Wear.

"Joker" director Todd Phillips took a risk on his comic-villain origin story and it has paid off in a big way.

The filmmaker reportedly chose not to accept a salary upfront and instead wanted a larger percentage of the movie's success at the box office, THR reports.

The deal was reportedly for 10 percent to 13 percent of the back-end, and with the DC Comics film just crossing $1 billion last week, Phillips reportedly stands to make around $100 million for his work.

Now, because of the tremendous financial success of "Joker" and Oscar-buzz for lead actor Joaquin Phoenix, there are also reports that a sequel is in the works.

Director Todd Phillips, left, holds the Golden Lion for Best Film for "Joker," joined by lead actor Joaquin Phoenix at the closing ceremony of the 76th edition of the Venice Film Festival in Italy back in September. (AP)

In August, Phillips said he'd be open to it. “One thing I will tell you: I would do anything with Joaquin [Phoenix], any day of the week,” he said to GamesRadar.

For his part, Phoenix is known for his aversion to franchise films. He supposedly didn't want to play Doctor Strange in the competing Marvel Cinematic Universe, a part that ultimately went to Benedict Cumberbatch, because it required a multiple-movie deal.

“I think oftentimes, in these movies, we have these simplified, reductive archetypes, and that allows for the audience to be distant from the character, just like we would do in real life, where it’s easy to label somebody as evil, and therefore say, ‘Well, I’m not that,'” Phoenix previously said to GamesRadar.

That's why he was attracted to "Joker"s gritty crime-drama aesthetic and R rating.

In any case, Deadline reported on Wednesday that Phillips and Warner Bros. are currently not in negotiations for another "Joker" movie or any other DC character origin story and there was no original deal for a sequel.