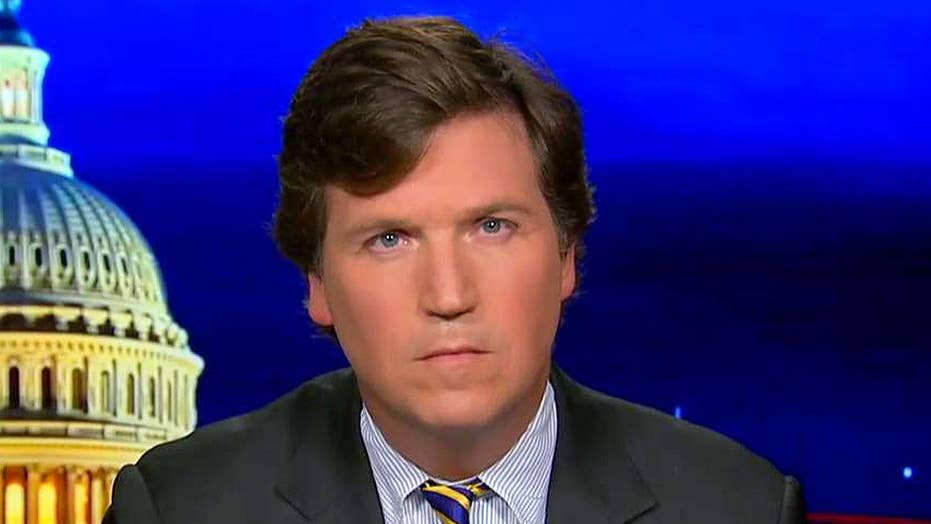 Tucker: No soul-searching from left after Scalise shooting

From Johnny Depp to lib activist Phil Montag, talk of violence has only grown louder on left since the near-assassination of Rep. Scalise #Tucker

At an appearance in England on Thursday, actor Johnny Depp joked about assassinating President Trump. He apologized on Friday for the shocking remarks.

Depp was at a drive-in movie theater in Glastonbury, where he introduced his 2004 film "The Libertine," when he began talking about the president, according to The Guardian.

“I think he needs help and there are a lot of wonderful dark, dark places he could go,” Depp said.

Depp, who noted his comments would “be in the press,” then began discussing prior assassinations of presidents.

“When was the last time an actor assassinated a president?” he asked, referencing John Wilkes Booth assassinating President Abraham Lincoln in 1865.

“I want to clarify, I am not an actor. I lie for a living,” Depp said. “However, it has been a while and maybe it is time.”

A White House official told Fox News, "President Trump has condemned violence in all forms and its sad that others like Johnny Depp have not followed his lead. I hope that some of Mr. Depp’s colleagues will speak out against this type of rhetoric as strongly as they would if his comments were directed to a democrat elected official."

A United States Secret Service Official also told Fox News, "The Secret Service is aware of the Mr. Depp’s comments. For operational security reasons, we do not discuss specifically or in general terms the means and methods of how we conduct our protective responsibilities."

Depp apologized on Friday for his jokes, telling People magazine he meant no harm.

“I apologize for the bad joke I attempted last night in poor taste about President Trump,” he said. “It did not come out as intended, and I intended no malice. I was only trying to amuse, not to harm anyone.”

In recent weeks, a production of “Julius Caesar” in New York City’s “Shakespeare in the Park” sparked controversy when the play showed the Roman dictator, seemingly depicted as Trump, being brutally stabbed to death on stage.

Sponsors later pulled out of the event due to the “graphic” nature of the show.

Comedian Kathy Griffin also sparked controversy after a photo of her holding a bloodied Donald Trump mask was released to the public.