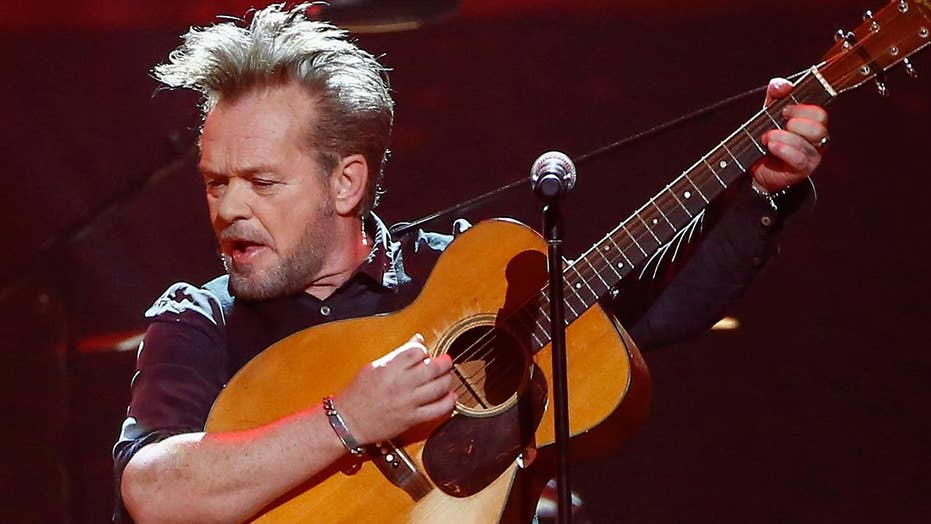 As John Mellencamp’s concert tour continues to roll across the country, the rocker has been making it clear where he stands on “take a knee” protests.

During Monday night’s show, the first of three at New York City’s Beacon Theater, Mellencamp knelt onstage at the completion of his song, “Easy Target,” which offers the singer’s views on society’s treatment of minorities and the poor.

“Well, let the poor be damned, and the easy targets too,” Mellencamp sang. “All are created equal, equally beneath me and you.”

JOHN MELLENCAMP'S INDIANA HOME BROKEN INTO BY MAN WHO ALLEGEDLY WANTED TO 'ARREST' HIM: REPORT

Mellencamp, 67, who first drew attention in the late 1970s as “Johnny Cougar” with the hit song, “I Need a Lover,” went on to greater success in the 1980s and early 1990s with a series of hit songs – such as “Jack & Diane” and “Little Pink Houses” -- many of which describe America as a place of deception and disappointment.

The Indiana-born musician first drew attention to his “take a knee” position about a year ago, during an appearance on “The Late Show with Stephen Colbert.”

Afterward, Mellencamp seemed to suggest the televised gesture was spontaneous.

“I’ve never planned anything in my life,” he told Billboard magazine. “Taking a knee felt like nothing. At the time, it felt like part of the performance. After the fact, I hope it made some kind of difference.”

After this week’s show’s in New York, Mellencamp’s tour will continue to cities including Louisville, St. Louis and Nashville before winding up in Albuquerque on April 30.