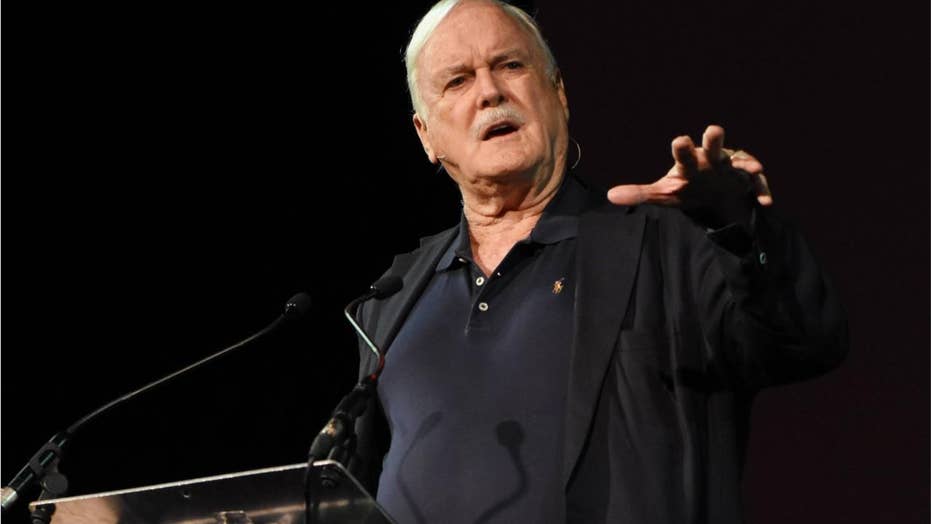 Critics are lining up to slam the British actor after he expressed chagrin over London losing its “English” culture.

British actor John Cleese slammed critics for political correctness over a tweet he wrote Tuesday in which he said London” is not really an English city anymore.”

“It might interest those people who seem to think my remarks about London are racist as opposed to culturalist, to consider that what I like about spending time in Nevis,” he added about his new home in the Caribbean. “Nevis has excellent race relations, a very well educated population, no sign of political correctness......”

London's mayor Sadiq Khan wrote that Cleese’s comments make him sound “like he’s in character as Basil Fawlty, a right-wing hotel owner Cleese played in the 1970s. "Londoners know that our diversity is our greatest strength,” Khan added.

"All humor is critical," he said about political correctness in 2016. "If you start to say, 'We mustn't; we mustn't criticize or offend them," then humor is gone."<br data-cke-eol="1"> (Getty Images)

It’s not the first time the “Monty Python” actor has made the controversial remarks. In 2011, he told an Australian radio station "I'm not sure what's going on in Britain. Let me say this, I don't know what's going on in London because London is no longer an English city and that's how they got the Olympics

"All humor is critical," he said about political correctness in 2016. "If you start to say, 'We mustn't; we mustn't criticize or offend them," then humor is gone."

"I suspect I should apologise for my affection for the Englishness of my upbringing, but in some ways I found it calmer, more polite, more humorous, less tabloid, and less money-oriented than the one that is replacing it," he wrote Wednesday to further explain his remarks.