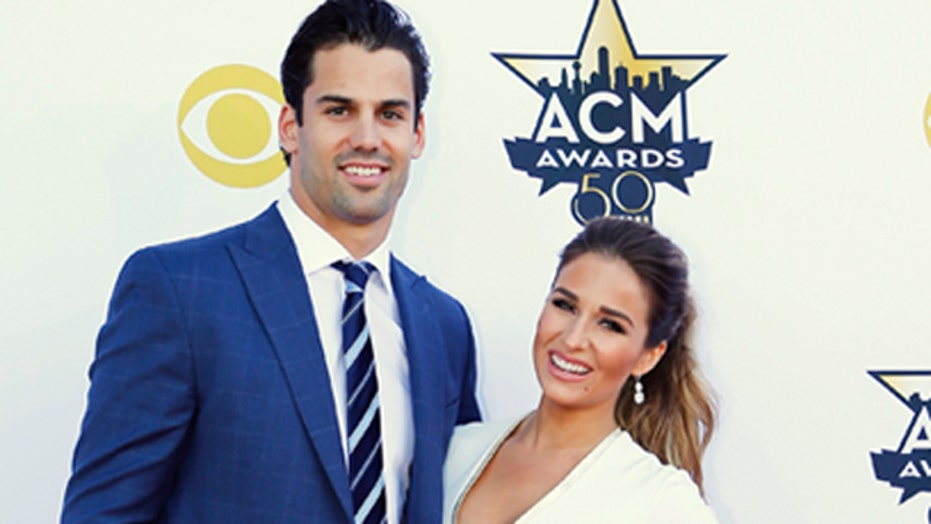 When it comes to donkey kicks, we feel your pain, Jessie James Decker! The singer and occasional exercise vlogger revealed three things about her workout routine that may surprise fans, including how she feels about getting fit with husband Eric Decker.

Decker’s new single “Lights Down Low” will hit radio stations on Oct. 24, but fans can watch the music video now. It stars the singer and her husband, a wide receiver for the NFL’s New York Jets. They love working together, having previously done a reality television show together, with eyes on another project, she shares (as much as she can) — but they do not enjoy exercising together.

“He thinks he knows everything, I don’t know why,” Decker jokes. “He tries to over-tell me what to do, and I’m doing something wrong and I’m just like shooing him away.”

“I feel like whatever I’m doing, it works for me and even though the technique may be wrong, it doesn’t matter. I’m still feeling it.”

Decker’s favorite workout jam and least favorite exercise are her other two secrets. She recently released a 17-minute long workout video designed for the working mother. It has over 300,000 views on YouTube so far. Her YouTube channel is a source for all her interests, including fashion, making and of course being a mother.