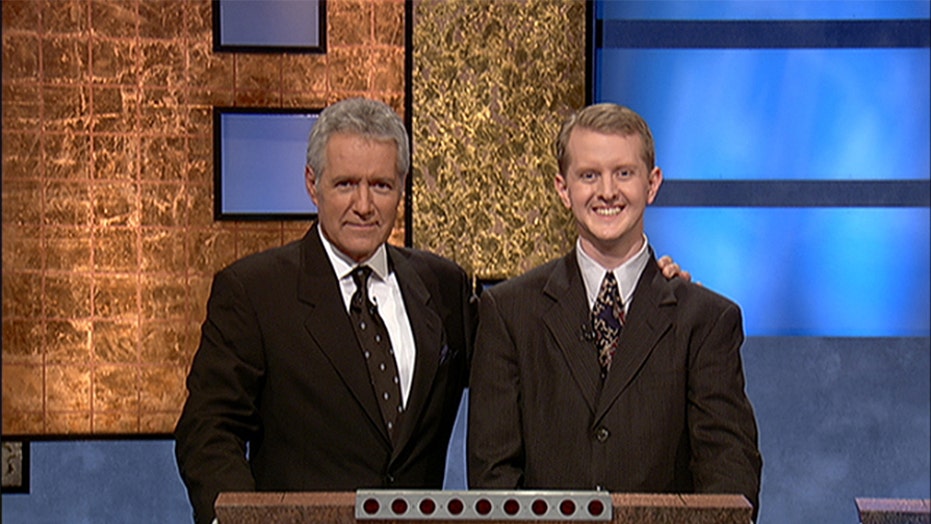 “Jeopardy!” is back with new guidelines in place for the COVID-19 era as well as a new member of the team — longtime record-holder Ken Jennings.

The immensely popular quiz show is returning to the air after a lengthy hiatus caused by shutdowns due to the coronavirus pandemic. When it comes back, it will not only have a new set, but it will have a new, yet familiar face in the form of Jennings, who became a household name in 2004 when he won 74 consecutive games of “Jeopardy!” — a record he maintains today.

The recently crowned “Jeopardy!” G.O.A.T. will join the show as a consulting producer and will present special video categories, develop projects and act as a general ambassador for the series.

While speaking on “Good Morning America,” Jennings noted changes have been made to help protect contestants and crew from the coronavirus.

“The set has been a little spruced up this season," he explained. “The thing you'll notice for COVID is that the individual contestant podiums, the lecterns, are now socially distanced; they're feet apart instead of being a single bank. And Trebek will stay at the host podium instead of coming over to the contestants because Alex's health is priority No. 1."

Alex Trebek will continue to host the game show despite undergoing a battle with stage 4 pancreatic cancer. The host has previously stated that he feels his best when he’s at work doing the job he loves.

“On a personal level, I’m excited because it gets me out of the house, it gives me something to do on a regular basis and I was missing that,” Trebek told the outlet.

Trebek, who has been a fixture on the series since 1984, previously promised that, as long as he feels his skills "haven't diminished too much," he has no plans to retire.

Jennings said he’s simply excited to dig into his new role at the game show he loves.

“I probably know as much or think as much about 'Jeopardy!' as anybody in the world who's not on the payroll," he explained to "GMA." "So I'm happy to be on the team."

In addition to his on-screen work for the show, he’ll also help raise the bar for contestants by helping with outreach as casting makes the transition to be entirely virtual amid the pandemic. The outlet reports that those who pass the new Anytime Test will be randomly selected for a chance at the next round, which takes place via Zoom.

"It's a great gig being a goodwill ambassador for a show that has so much goodwill," Jennings concluded.