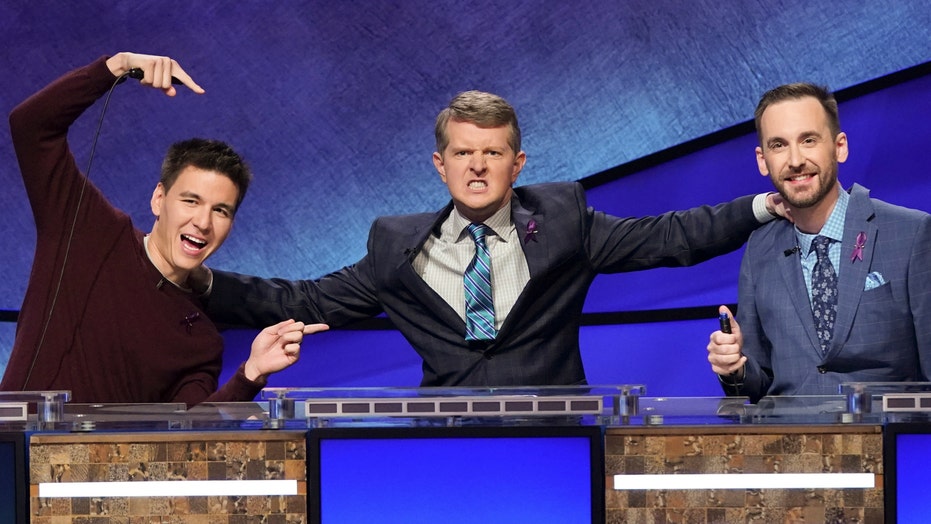 Who is Ken Jennings?

Answer: The greatest “Jeopardy!” player of all time.

‘JEOPARDY!' HOST ALEX TREBEK REVEALS WHAT HE WANTS HIS LEGACY TO BE

“It has taken 15 years Ken Jennings to finally answer the question, ‘Is he as good as he appeared to be in his great run on ‘Jeopardy!’?’ ” crowed beloved host Alex Trebek as he handed Jennings the trophy.

A 45-year-old software engineer turned author from Seattle, Jennings also walked away with the grand prize of $1 million. That brings his total earnings to a whopping $4,370,700 over 15 years.

The epic GOAT matchups followed a format “Jeopardy!” has never used before. Each night of play was, as Trebek called it, “a two-game total point affair.” The three players duked it out in two back-to-back traditional half-hour games. The points (or dollars) earned in each one were added together. The contestant with the highest score at the end of the hour earned one point. Going into Tuesday night’s competition, Jennings had two points to Holzhauer’s one. The first player to three points — Jennings — won it all.

On the fourth installment Tuesday night, Jennings finished the first half-hour game with 65,600 to Holzhauer’s 34,181 and Rutter’s zero. During the second game of the night, Holzhauer rallied, entering Final Jeopardy with $44,000 to Jennings’ 23,000. But Jennings got that Final Jeopardy question correct — bringing his total to 88,600 — while Holzhauer fumbled the clue to place second.

Jennings won the first and third nights of the GOAT tournament last week.

He and Rutter will both add $250,000 to their all-time totals for their runner-up spots in the GOAT tournament.

Before the GOAT contest’s start last Tuesday, Rutter — a 41-year-old game-show professional who lives in Los Angeles — had been favored to win, in part because he had not lost to a human (only to IBM supercomputer Watson).

The contestants have appeared on the show a total of 200 times, Trebek said Tuesday night.

Friendly banter among the contestants defined the first three games — and even extended to Twitter.

Quick wits were on display during Tuesday night’s fourth and final matchup, too. Jennings recounted how his son, who was 2 years old when he was first on the program, is now 17 and considering colleges primarily based on their sports teams and marching bands.

“I want to reassure Ken,” Holzhauer quipped. “My interests were gambling and sports when I went to college — and I turned out okay.”

The GOAT tournament has also turned sentimental, especially given that Trebek is battling pancreatic cancer. All three contestants sported purple ribbons in his honor.

“I’m going to miss you, Alex,” Rutter said during the portion of the show where Trebek chats with each player in turn. “It’s been a privilege and and honor to be associated with this program.”

This story originally ran in the New York Post.