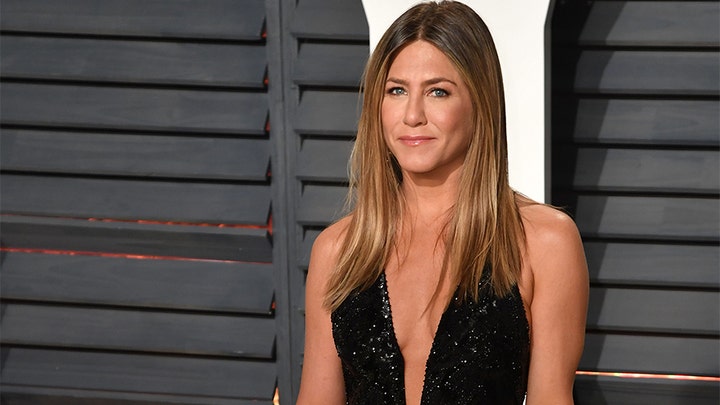 The "Friends" alum, 51, took to Instagram on Monday to share the message, telling her fans: "Let’s put out the dumpster fire that is 2020."

She also encouraged people to "make a plan to vote early."

"Do it for RBG!" she concluded, referencing Supreme Court justice Ruth Bader Ginsburg, who died Friday at the age of 87 from complications surrounding metastatic pancreatic cancer.

The actress also included a video from her bit with host Jimmy Kimmel at the Emmys Sunday evening, which featured Aniston -- wearing a vintage black Christian Dior dress -- using a fire extinguisher to put out a fire in a wastebasket.

Aniston, who was nominated for outstanding lead actress in a drama series, appeared front-and-center once more during the award show. This time around though, it featured Aniston with two of her former "Friends" co-stars: Lisa Kudrow and Courteney Cox.

When Kimmel, 52, checked in on Aniston to make sure she had made it home from doing the pair's first bit so she could be present for the announcement for her own category, the star replied: "I barely made it, but we're here."

"We’ve been roommates since 1994, Jimmy," added Aniston, referring to when "Friends" first aired in September 1994.

Jason Bateman also made an appearance during the segment.