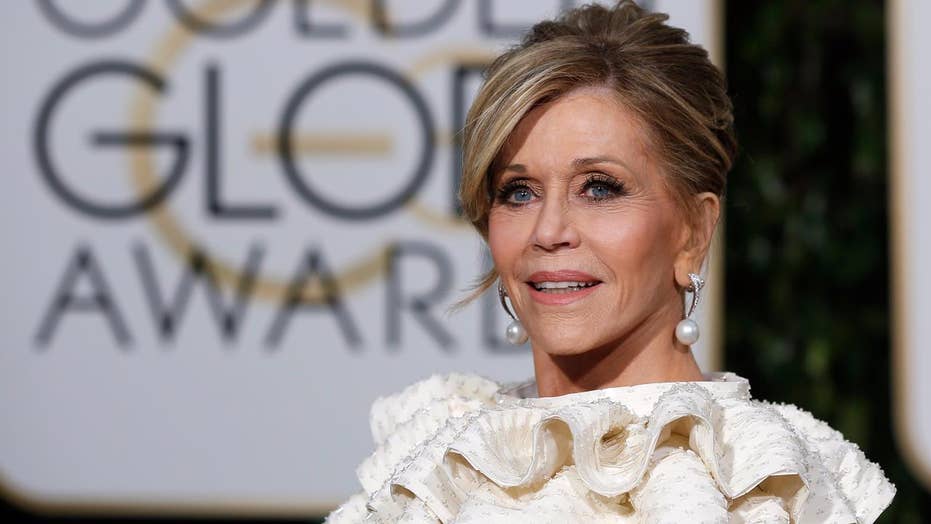 Hollywood veteran Jane Fonda revealed she learned of the allegations against mogul Harvey Weinstein a year ago but chose to say nothing because 'It didn't happen to me.'

Jane Fonda is getting candid about her health.

The Hollywood fixture opened up to British Vogue for their May cover issue about the “ongoing process” of battling cancer, her reasons for never dating again and how she continues to carry on every day.

“I’ve had a lot of cancer,” Fonda told the magazine in an interview published on Wednesday. “I was a sun-worshipper. When I have a day off, I frequently go to my skin doctor and have things cut off me by a surgeon.”

JANE FONDA CALLS FOR PEOPLE TO TRY AND UNDERSTAND DONALD TRUMP AND HIS FOLLOWERS: 'I DON'T HATE HIM' 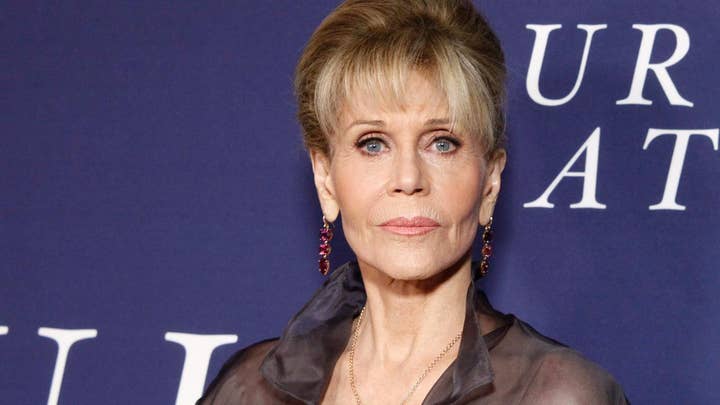 The two-time Academy Award-winning actress overcame her bout with breast cancer after undergoing a lumpectomy to remove a tumor in 2010 and told Entertainment Tonight in an interview last year she also had a cancerous growth removed from her lower lip.

Fonda explained to British Vogue that she had undergone a mastectomy prior to the 2016 Golden Globe Awards in which she was nominated for Best Supporting Actress for her role in “Youth.”

"I get out of the car and I have the strange white dress with all the ruffles? That’s because I’d just had a mastectomy and I had to cover my bandages," she recollected, referring to the regal white Yves Saint Laurent couture gown that she dazzled in during the ceremony.

JANE FONDA SAYS HER MOTHER'S SUICIDE 'IMPACTED HER SENSE OF SELF'

In addition to her intense battle with cancer, the 81-year-old continued in discussing her health history, noting that she constantly suffers from osteoporosis, a condition that causes bones to weaken and become brittle enough that a minor fall or mild stresses can cause them to fracture – according to the Mayo Clinic.

"The fact that I hurt a lot – my body hurts – is a surprise to me, and it’s not because of all that working out," Fonda lamented. “It’s genetic. My father had it, my brother had it. Your cartilage disappears and then it’s bone on bone, and then 'Ow.' But we live in a time where you can just get a new one."

The “Grace and Frankie” star continued in referencing her history of hip and knee replacements, revealing that she had gotten her first knee replacement a few years ago because "I was just starting a new relationship and I had to be able to kneel."

Jane Fonda poses for a publicity shot in 1967. (Bettmann/Contributor via Getty Images)

Fonda, who has been married three times in her life also emphatically told the publication that she “gives up on herself,” and is absolutely done forging any new relationships.

She was previously married to CNN founder and media mogul Ted Turner for 10 years until their split in 2001. She also wed politician Tom Hayden in 1973, just one year after divorcing film director Roger Vadim, with whom she shares one daughter. Fonda also has a son from her second marriage as well as an adopted daughter.

“I cannot be in a relationship with a man,” said Fonda. “I had several serious relationships after Ted, but I can’t. That is my failing. I realize I can never overcome it. That when I’m with a man, I give up myself.”

JANE FONDA ON HOW SEX IMPROVES AS YOU GET OLDER 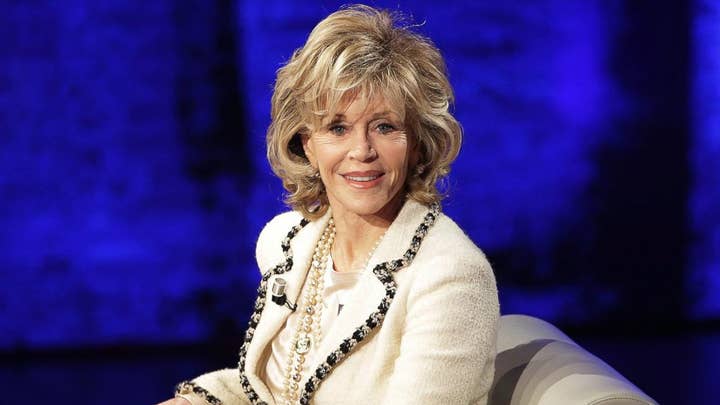 She continued: "For the bulk of my life, I would say up until my seventies, I spent my life like a double image, like a double exposure," she said. "As an adolescent, in order to fit in, I made sure no one – especially boys or men – could see who I really was; that I could get really angry, that I could not be pretty, that I could be tough. I went through life not whole."

"When I left Ted [Turner, Fonda's second husband], I could feel myself moving back into myself. That is the main thing about the third act as I’m living it. I am no longer a double image," she said. "I had several serious relationships after [Ted], but... I realize I can never overcome it. That when I’m with a man, I give up myself."

Fonda would go on to point out that she is very much happy with where she’s ended up in life because as far as she’s concerned, she’s living on extra time.

"[I never thought] I’d ever, ever live this long, or feel that I’m whole or getting whole,” she clarified. “I feel very intentional about realizing that it’s up to me how this last part of my life goes."