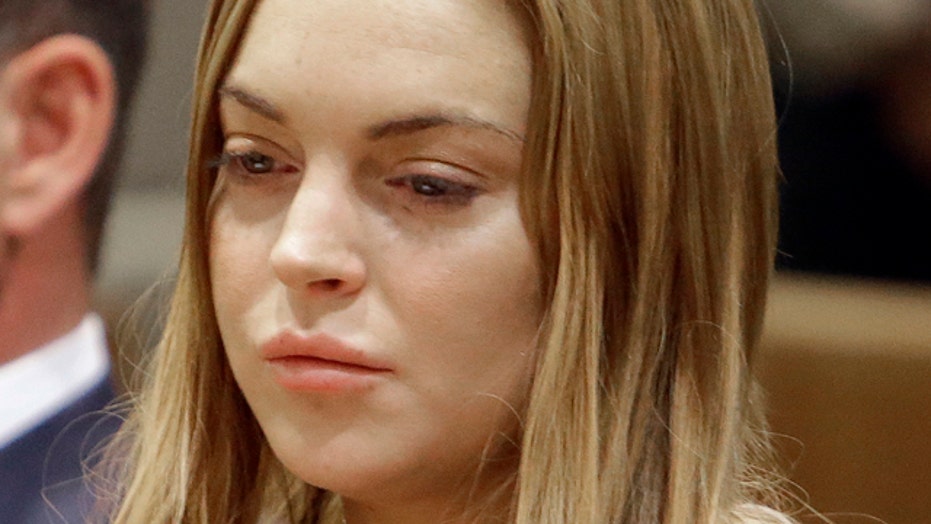 Can Lindsay be saved?

Lindsay Lohan gets sentenced to 90 more days in rehab, but could it be too late for the troubled star?

NEW YORK – Lindsay Lohan had her day in court on Monday. The result for the troubled star was 90 days in court mandated substance abuse rehab to avoid jail time. The singer admitted that jail scares “the crap out of her.”

Lohan has tried rehab before, unsuccessfully. So will the troubled starlet be able to complete an entire three months in rehab, or will she bolt?

“I think Lindsay will make it through the full 90 days of rehab because she really has no choice," said celebrity journalist David Caplan of GossipDavid.com. "This is being forced by the court and she has so many people behind her saying you’ve got to do this. I think afterwards the question will be whether or not she’ll be able to sustain sobriety."

“I hope that Lindsay makes it through the three month stint in the rehab facility, because fool me once shame on you, fool me twice shame on me. How many times has she fooled us so far?" she said. "I really would like her to see this one out.”

Lohan’s track record shows past rehab stints were ineffective, so might jail time have been the better option?

“I think in theory even though jail could have been an option, at the end of the day it’s best for her to go to rehab. She has a problem just going to prison or jail won’t really solve that problem," said Caplan. "She may not get the same sort of treatment, same sort of intense treatment even though they have drug addiction programs in jail. So she has to do the rehab. She has to keep doing it until it clicks."

Palumbo agreed that rehab will address Lohan’s issues better than keeping her locked behind bars.

“I’m not sure what the best option is for Lindsay. I feel like she’s had jail before for 14 days and she was released because of overcrowding. Would they just do that to her again?" Palumbo said. “It doesn’t seem like there’s any resolution there, she just has to..a light bulb needs to come on inside of her brain and say, ‘Let me get it together. Let me not leave the house. Let me not get into a car.'"

The troubled star may have a lot of people around her, yet time has shown that many people in her life aren't acting in her best interest.

“In a perfect world, Lindsay should be adopted by whoever's handling Britney Spears, because she had quite the comeback, and it doesn’t seem like Lindsay’s family is stable enough to aid her the way the way that she needs," explained Palumbo. "They also need help themselves. They enable her bad behavior rather than help her."

Caplan said Lohan’s family should take her out of Los Angeles to help her avoid the pitfalls of a fast living lifestyle.

“Lindsay’s support group which includes her mom Dina, her manager and other people in her camp, they can really help her achieve the sobriety by essentially dragging her out of LA and keeping her off the radar, really essentially going away for several months up to a year and just have her focus on her well being and that happens a lot with celebrities," he said. "A lot of celebrity publicists I’ve spoken to always say that about a troubled star; go away for about a year and people still want you when you come back. You can’t keep making the same mistakes.”

Our In the Zone experts say that for Lohan, staying away from nightclubs and out of the pages of gossip magazines maybe the only way to make a true recovery professionally and publicly.

“Lindsay should stay in hiding for quite some time. She has enough resources to still live a really happy life behind closed doors," Caplan added. "There’s really no need to for her to go outside. It’s a shame that her being in court is the only thing that’s keeping her alive and present in our eyes.”