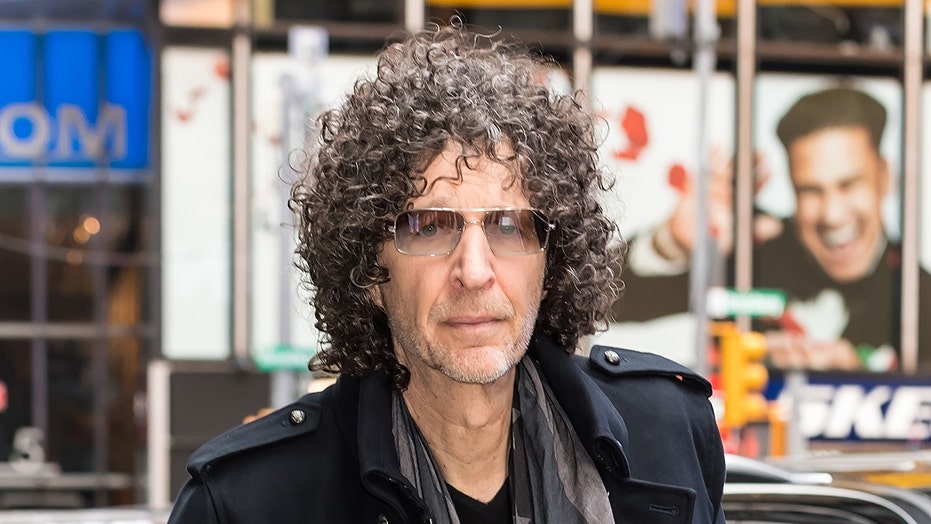 Howard Stern is under fire after a video resurfaced in which he appeared in blackface and liberally used the N-word during a 1993 sketch.

The video resurfaced online Thursday where a user cut together his segment on a past episode of “The View” in which co-host Sunny Hostin asked him about his past use of the N-word on-air.

In the clip, Stern vehemently denies ever using the word and receives applause from the audience. The video, posted by filmmaker Tariq Nasheed, then cuts to the radio shock jock using the racial slur in comedy sketches where he also appeared in blackface.

A sketch from 1993 that appeared on Stern’s pay-per-view "New Year’s Rotten Eve Pageant” shows him parodying Ted Danson’s infamous blackface performance that he did that year alongside Whoopi Goldberg. In the sketch, Stern plays Danson in blackface as his longtime sidekick Robin Quivers asks him questions in which the answers are punchlines that involve the use of the N-word. When the audience seems shocked at the language, Stern as Danson defends himself by saying, “Whoopi wrote that.”

Representatives for Stern did not immediately respond to Fox News’ request for comment.

However, Stern addressed the controversy the video caused amid heightened sensitivity on race in the U.S. on his show, noting that he does not condone a lot of the past material.

“The sh-- I did was f---ing crazy,” he said, according to Deadline. “I’ll be the first to admit. I won’t go back and watch those old shows; it’s like, who is that guy. But that was my shtick, that’s what I did and I own it. I don’t think I got embraced by Nazi groups and hate groups. They seemed to think I was against them too. Everybody had a bone to pick with me.”

He noted that he upset people on the left and right over a myriad of issues back then before expressing his regret over the sketch today.

Howard Stern responded to backlash after a video of him performing in blackface resurfaced. (Gilbert Carrasquillo/GC Images)

“The big headline is this, and this is my fear in all of this,” Stern continued. “I was able to change my approach, able to change my life and change how I communicated. If I had to do it all over again, would I lampoon Ted Danson, a white guy in blackface? Yeah, I was lampooning him and saying, I’m going to shine a light on this. But would I go about it the same way now? Probably not. Not probably, I wouldn’t.”

Stern’s longtime employee Steve Grillo, who worked on the infamous special, defended the radio host in an interview with Page Six in which he notes that he does not believe Stern is a racist.

He noted that the special was pay-per-view, which meant they weren’t encumbered by the usual restraints posed by the FCC.

“We’ve got the whole world watching — let’s push the limits,” he said of the creative approach to the special at the time.

He added: “The leash was off and they were going to be rabid dogs.”