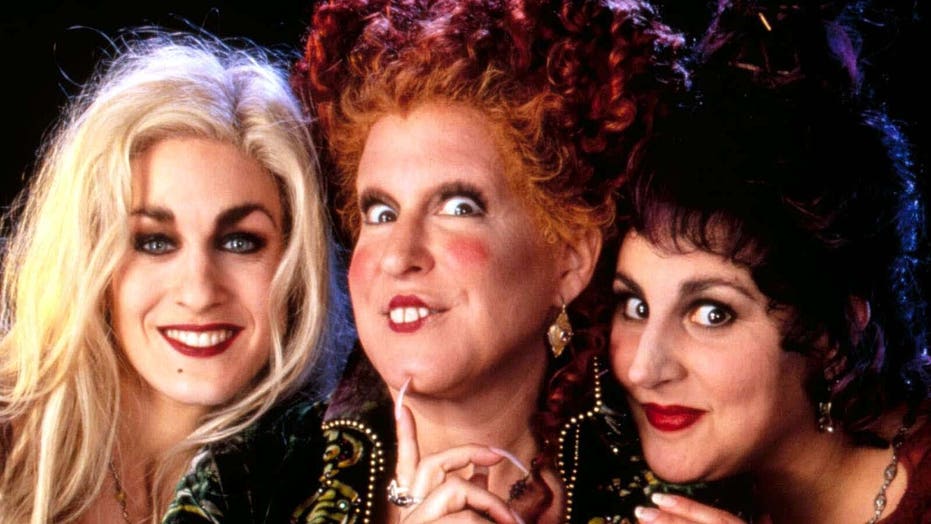 The cast of "Hocus Pocus" is the latest to jump on the virtual reunion bandwagon.

Bette Midler, Sarah Jessica Parker and Kathy Najimy -- who starred in the 1993 Halloween classic -- will appear during the live event, which will serve as a fundraiser for the New York Restoration Project.

Midler, 74, founded the nonprofit in 1995. It aims to transform "open space in under-resourced communities to create a greener, more sustainable New York City," according to its website.

The reunion, which will cost $10 to attend and will take place on Oct. 30 at 8 p.m. EST, promises "spectacularly spooky guests" in addition to the trio of stars.

The original film stars the trio of ladies as witches resurrected on Halloween night in Salem, Mass., by a teenage boy.

The film was not particularly successful in its original theatrical run but has since found a cult following, particularly during the Halloween season.

It was reported last year that a sequel to "Hocus Pocus" was in the works at Disney+, but earlier this month, it was revealed that original director Kenny Ortega would not return for the flick.

Additionally, a remake of the film is in the works at Disney Channel.

Sarah Jessica Parker (left), Bette Midler (center) and Kathy Najimy starred in the 1993 Disney film 'Hocus Pocus.' A sequel to the film is in the works at Disney+ while Disney Channel is planning a remake. (Freeform)

Midler, who has openly advocated for the sequel, slammed the television remake, telling People magazine it will be "cheap."

It is reported that Ortega will also not be involved in the remake.