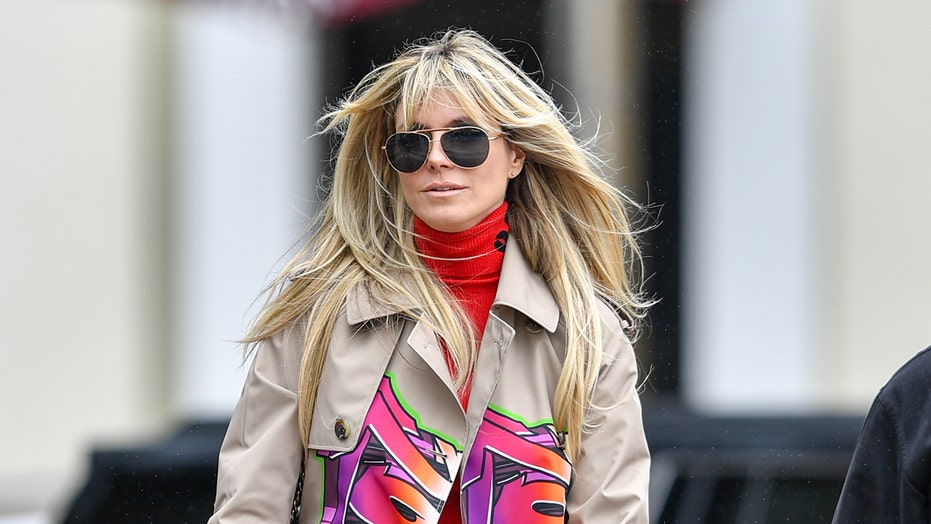 Heidi Klum fell ill on the set of "America's Got Talent" on Tuesday, according to reports.

The supermodel, 46, was photographed Tuesday heading to the set with a smile on her face and a fashionable look in a colorful ensemble.

She didn't end up making it to the judge's table, however, as a source told People she left early.

Heidi Klum arrived to the set of 'America's Got Talent' on Tuesday before reportedly falling ill.  (PG/Bauer-Griffin/GC Images)

"She was not feeling well," the source told the magazine.

The judges made note of Klum's absence to the audience, hinting she had suspected food poisoning, TMZ said. The announcement led Vergara to joke that she had sent Klum food the night prior.

Details of Klum's illness have not been disclosed and TMZ reported it wasn't food poisoning after all. A rep for the model did not immediately return Fox News' request for comment.

Amid amplified concerns surrounding the coronavirus, which has led to massive cancellations across Hollywood -- most recently, Coachella organizers pushed back the festival to October -- Mandel made it clear on Tuesday he wasn't taking any risks.

The judge showed up to the AGT set in a full-blown hazmat suit, complete with a mask and long yellow gloves.

Late Tuesday, Mandel proved his coronavirus prevention has extended to his family members, with a photo he uploaded to Instagram showing his daughter Jackelyn in a face mask of her own.

"FaceTime with my kid @jackelynshultz #family," he captioned the photo.

Mandel, who is often teased for his intense germaphobia, discussed his method for combating the virus earlier this week.

"I don't shake hands and now I've taken it to another level: I don't inhale. I am not inhaling," Mandel told Entertainment Tonight in Los Angeles this week of the strain known worldwide as COVID-19. "Everybody's watching, everybody's aware. Welcome to Howie's world."