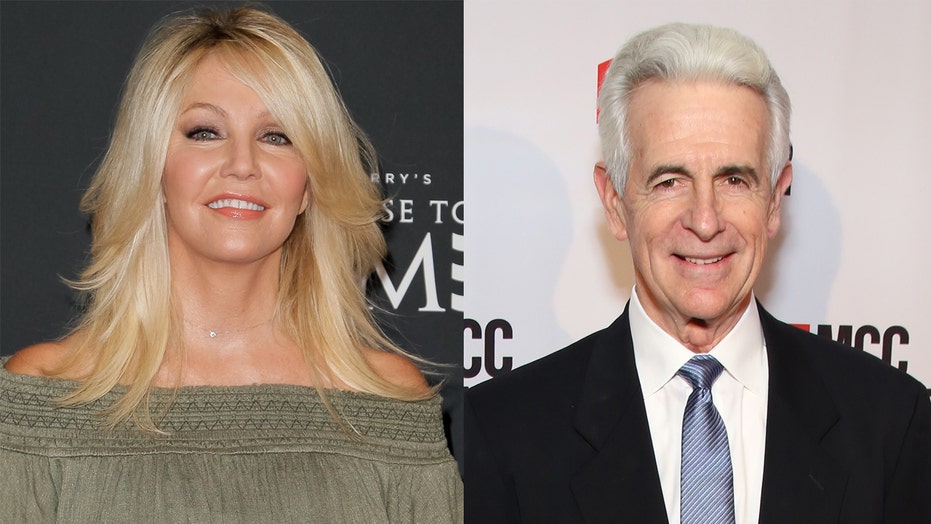 Heather Locklear said that her "First Wives Club" co-star James Naughton is not at fault for a "gross" moment that occurred while filming the movie.

During a recent appearance on Zach Braff and Donald Faison's podcast "Fake Doctors, Real Friends," Locklear, 58, recounted filming a scene with Naughton, 74, in which he got more intimate than expected.

The actress explained that most of her scenes were cut out of the movie, but in the one that made it in, Naughton "was supposed to take his hand and touch my breast.”

“He actually touched more … Gross,” Locklear stated, per Page Six. “So I said, ‘Can you just take my name off the credits since now I don’t have any lines?’ So it was creditless.”

Heather Locklear (left) said that she and Jame Noughton were filming a scene in 'The FIrst Wives Club' when he outlined her areola. (Getty)

She also noted that while the script didn't call for the actor to do so, he "actually outlines my areola with his finger.”

“I was like [gasps] and I’m so glad they’re following his hand down [with the camera] because my face, my mouth is fallen open and I can’t believe it and don’t do it again. One take and let’s go," she recalled.

Naughton followed up the interview by denying Locklear's claim that he went off-script for the scene.

In addition, the rep shared a page from the script, which says Naughton's character "is subtly using his finger to feel Mary’s breast."

Now the former "Melrose Place" star has clarified her comments, stating that the awkward moment was not Naughton's fault.

Taking to Instagram with a screenshot of a headline describing the incident, Locklear came to her former co-star's defense.

"Oh no, I didn’t mean James Naughton did anything wrong," she said. "The script called for him to touch my breast. I was surprised that he circled my areola. We had not discussed the scene prior to filming."

She concluded: "To be clear, I was never upset with James, just surprised. Love you James."

In a statement to Page Six, Naughton's rep responded with a sweet message.