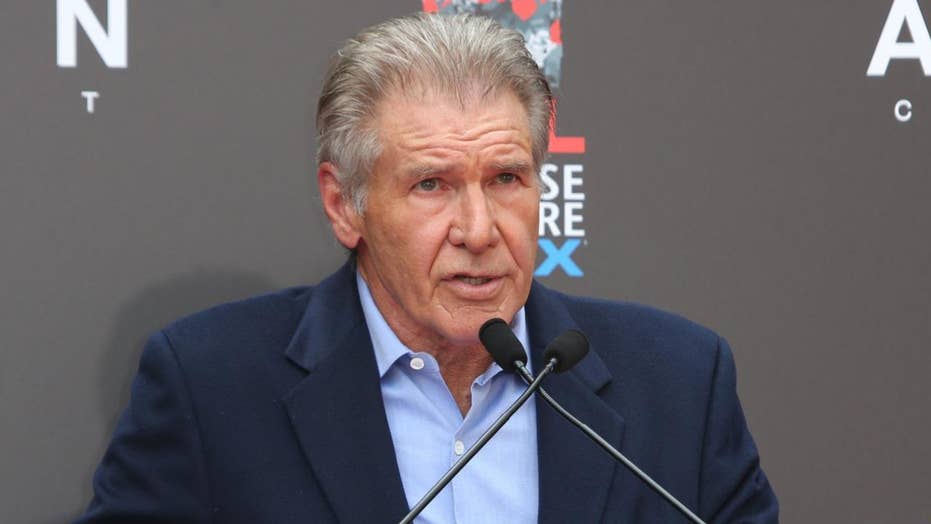 Actor Harrison Ford has urged voters to 'stop giving power to people who don't believe in science' in a speech at the Global Climate Action Summit in San Francisco.

Ford, 76, delivered the speech at the Global Climate Action Summit in San Francisco. The actor did not mention any names during his speech but said, “They know who they are; we know who they are.”

The “Indiana Jones” star warned attendees that “the future of humanity was at stake” due to climate change.

“We are all, rich or poor, powerful or powerless, we will all suffer the effects of climate and ecosystem destruction,” Ford said. “And we are facing what is quickly becoming the greatest moral crisis of our time. Those least responsible will bear the greatest costs.”

The actor called on everyone to “shut off [their] phones, roll up [their] sleeves and kick this monster’s a--.”

The “Star Wars” alum has been outspoken about the importance of recognizing climate change. In November, he slammed President Trump's administration in a speech while accepting an award from Conservation International.

“We face an unprecedented moment in this country. Today's greatest threat is not climate change, not pollution, not flood or fire. It's that we've got people in charge of important s--- who don't believe in science,” he said, according to The Hollywood Reporter.

Last year, Trump announced the U.S. would withdraw from the Paris Climate Agreement. Nearly 200 nations, including the U.S. under former President Barack Obama’s administration, agreed in 2015 to voluntarily reduce their greenhouse gas emissions in an effort to combat climate change.