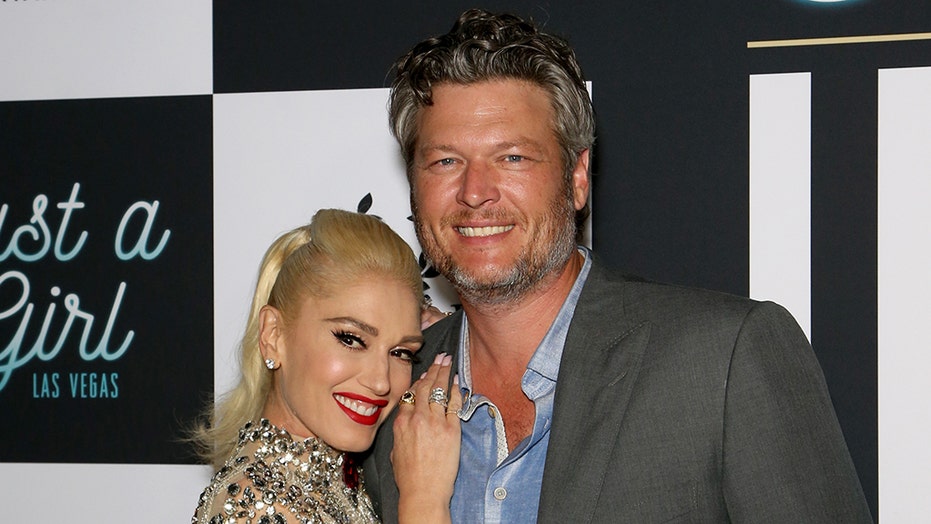 Blake Shelton who? Gwen Stefani certainly didn't know who her current boyfriend was until after they met on "The Voice."

“I didn’t even know he existed before the show,” the "Sweet Escape" singer, 49, revealed to Andy Cohen during his SiriusXM Radio Andy show on Monday.

“I didn’t even know that he was a human being on this planet," she admitted.

No hard feelings here though, since Shelton, 43, couldn't recognize his now-girlfriend's hit song "Hollaback Girl" on his last appearance on "The Tonight Show With Jimmy Fallon" in 2018.

During her appearance on Fallon's show on Monday, Fallon played the part where Shelton blanked during her hit song, "Hollaback Girl." The pop star reacted with humor to Shelton's embarrassment and even defended him.

Stefani and Shelton fell in love on set in 2015 during the ninth season of the singing competition show. They both began to date after splitting from their respective spouses, Gavin Rossdale and Miranda Lambert.

BLAKE SHELTON IN NO RUSH TO MARRY GWEN STEFANI, 'CAN'T IMAGINE' WORKING ON 'THE VOICE' WITHOUT ADAM LEVINE

“He’s so good at the show,” Stefani gushed to Cohen about Shelton.

“I mean, he’s just so magical. Blake is literally a unicorn. Like, anywhere he goes, people are just attracted to him,” she said. “He’s such an incredible talent.”

The "Rich Girl" songstress returned for season 17 of NBC's "The Voice," and has replaced Adam Levine.

“I thought it was gonna be [extra] this time because I feel like we’re so far into the relationship and it’d been such a long time since I’d been on the show and I didn’t know how we would be just us and competing,” the American Music Award winner told Cohen about returning to "The Voice" and dating Shelton, who has been a coach on the show for years.

Stefani also praised Shelton during an appearance on "Today" on Monday for being a good dad to her kids -- Kingston, 13, Zuma, 11, and Apollo, 5 -- from her previous marriage to Rossdale.

“He is a good dad, actually. He’s been helping me out a lot. I literally get to the point where I’m like, ‘You’ve got to get home. Come help!’ It’s hard. I have three boys," the Grammy Award winner stated.

“Blake loves getting dirty with the boys. They’re always playing basketball or running around,” a source told Us Weekly in June. “They love it there [Shelton's Oklahoma ranch] because it’s just the five of them out on the land, hunting or hiking.”

Stefani also revealed to Cohen that she’s not nervous about singing in front of her boyfriend anymore. However, she was a nervous wreck when they were first began to get to know each other.

“When we first met, we had written a song together called 'Go Ahead and Break My Heart,'” she said, referencing to their 2016 track.

“I remember he came over, we were going to practice it for the first time. I mean we had hardly barely even hung out. I think I sweated through my entire clothes trying to sing while he played the guitar,” she confessed.

“We wrote this song and we weren’t even in the same song when we wrote it," Stefani said. "He sent me a verse and then I sent him back on my phone the answer to it in the song. That was definitely exciting. I guess more exciting than nerves."