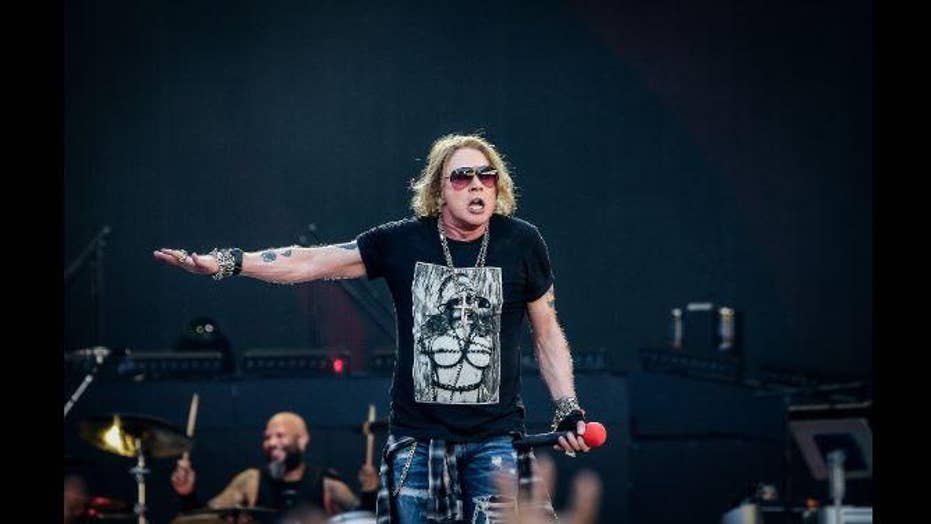 Guns N’ Roses had to end a show in Abu Dhabi on Sunday after frontman Axl Rose reportedly became too sick to perform. However, despite his severe illness, the singer was able to power through and perform for a long time before having to call it quits.

In a video reportedly taken from the concert at the Du Arena, Rose takes the stage and immediately levels with the crowd.

“They’ve got me on IVs and a bunch of injections, because I got sick today, I’ve been throwing up for the last five hours,” Rose tells the crowd. “So, instead of canceling, I’m going to do the best show we can do for you!”

According to Billboard, Rose was able to maintain himself for roughly 20 songs of a planned 28-song set. However, the “Sweet Child O’Mine” singer eventually tapped out and the band cut the show short.

Representatives for Rose and the band did not immediately respond to Fox News’ request for comment.

“Abu Dhabi, you guys were f---ing great tonight!” guitarist Slash wrote on Twitter after the show. “Axl was severely ill. But you all were hugely supportive. Thanks for that. We’ll see again next time! Cheers!!”

Bassist Duff McKagan didn’t mince words while posting his admiration for his bandmate’s showmanship despite how sick he was.

“Thank you Abu Dhabi! @axlrose pulled a damn miracle...the man was beyond ill, and pulled off something I’ve never seen in my 40 yrs of playing. You all pulled him thru. Til next time,” he wrote on Twitter.

The band is currently on its “Not in This Lifetime” tour, which is expected to wrap up next month with dates in Hawaii. So far there’s no word on whether Rose’s illness will affect the remainder of the tour.