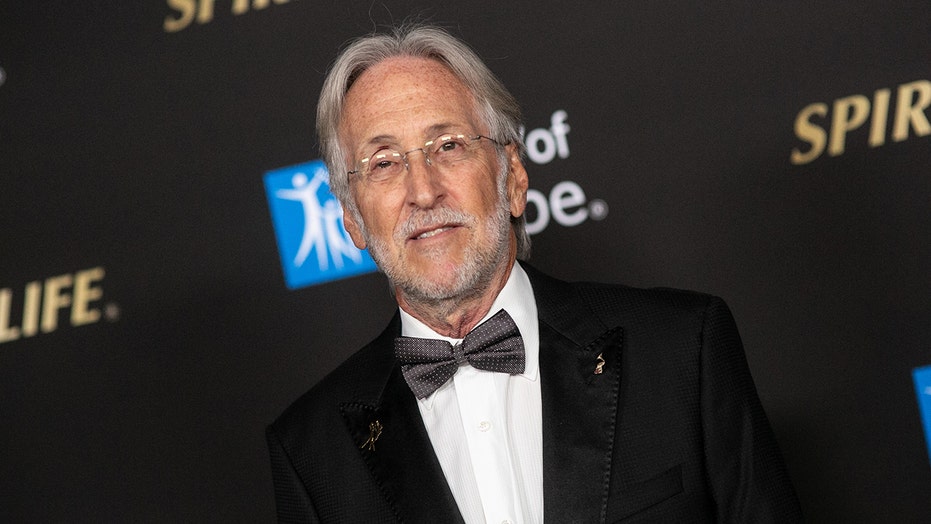 Neil Portnow, the former chief of the Recording Academy, has been accused of raping a female artist by his successor, Grammys CEO Deborah Dugan, who was placed on an administrative leave days ago.

Earlier this week rumors swirled that Dugan was put on leave after speaking up about alleged sexual harassment within the academy. Now, in a discrimination complaint filed Tuesday with the Equal Employment Opportunity Commission, Dugan claimed that Portnow "allegedly raped a female recording artist, which was, upon information and belief, the real reason his contract was not renewed."

The Recording Academy placed Dugan, its first-ever female CEO of just six months, on leave just 10 days prior to Sunday's 2020 Grammy Awards, which will be held in Los Angeles.

Neil Portnow had led the Grammys since 2002. Before joining (RED), the AIDS organization that launched in 2006, Dugan was president of Disney Publishing Worldwide and executive vice president at EMI/Capitol Records. She started her career as an attorney on Wall Street.

In her complaint, Dugan alleged that she first learned of the accusation against Portnow in May 2019 while attending a three-day meeting at the Academy's Board at the Ritz Carlton, Laguna Niguel hotel, according to Yahoo. Portnow's alleged rape victim's name has not been released.

“Ms. Dugan was hauled into a conference room and told — for the very first time — that a foreign recording artist (and member of the Academy) had accused Mr. Portnow of raping her following a performance that she gave at Carnegie Hall,” the complaint reads, according to Yahoo.

Additionally, Dugan's complaint alleged that she was told about the alleged sex crime as if the board had just learned about it. However, Dugan claimed, "in reality, they were well aware of the allegation at the time Ms. Dugan agreed to take the CEO position, but never told her," Yahoo said.

Dugan also accused the Recording Academy of pressuring her into rehiring Portnow as a consultant for $750,000, which she said she refused to do.

Portnow released a statement on Wednesday denying Dugan's claims, according to multiple reports.

"This document is filled with inaccurate, false and outrageous and terribly hurtful claims against me," Portnow wrote in a statement to The Hollywood Reporter.

It continued: "Here is what is true: The allegations of rape are ludicrous, and untrue. The suggestion that there was is disseminating a lie. The baseless complaint about my conduct referenced in the EEOC filing was immediately brought to the attention of the Board of Director’s Executive Committee. An in-depth independent investigation by experienced and highly regarded lawyers was conducted and I was completely exonerated. There was no basis for the allegations and once again I deny them unequivocally."

"The repetition of these falsehoods against me, and others referenced within the EEOC filing are a diversionary tactic and will not convert them to truth. I will vigorously defend all false claims made against me in this document," Portnow continued in the statement.

Dugan was the Grammys first-ever CEO before her sudden administrative leave. (Amy Sussman/Invision/AP)

In addition to the rape claim, Dugan also accused Recording Academy's general counsel Joel Katz of sexually harassing her during the same three-day meeting. In her accusations, Dugan accused Katz of referring to her as "baby" and trying to kiss her at a dinner.

Katz denied the allegations in a statement to Fox News on Wednesday.

“Ms. Dugan's allegations of harassment and her description of a dinner at the steakhouse in the Ritz Carlton, Laguna Niguel are false and Mr. Katz categorically and emphatically denies her version of that evening," Katz's statement read.

It continued: "This dinner meeting was 2½ months before Ms. Dugan started her job. Mr. Katz believed they had a productive and professional meeting in a restaurant where a number of members of the Board of Trustees of the Academy, and others, were dining.

"Ms. Dugan's claims are made, for the first time, 7 months after this dinner took place. Mr. Katz will cooperate in any and all investigations or lawsuits by telling the absolute and whole truth. Hopefully Ms. Dugan will do the same.”

The Recording Academy also responded to Dugan's complaint in a statement released to multiple outlets.

“It is curious that Ms. Dugan never raised these grave allegations until a week after legal claims were made against her personally by a female employee who alleged Ms. Dugan had created a ‘toxic and intolerable’ work environment and engaged in ‘abusive and bullying conduct.' When Ms. Dugan did raise her ‘concerns’ to HR, she specifically instructed HR ‘not to take any action’ in response.

“Nonetheless, we immediately launched independent investigations to review both Ms. Dugan’s potential misconduct and her subsequent allegations. Both of these investigations remain ongoing. Ms. Dugan was placed on administrative leave only after offering to step down and demanding $22 million from the Academy, which is a not-for-profit organization. Our loyalty will always be to the 25,000 members of the recording industry. We regret that Music’s Biggest Night is being stolen from them by Ms. Dugan’s actions and we are working to resolve the matter as quickly as possible.”

Despite her ousting, the Grammy Awards are scheduled to be held on Saturday, Jan. 26. (Amy Sussman/Invision/AP)

Dugan's attorneys then responded and disputed the Academy's comments in a statement to Fox News.

“Ms. Dugan repeatedly raised concerns throughout her entire tenure at the Academy, and even gave large presentations focused on diversity and inclusion at Board meetings,” attorneys Douglas Wigdor and Michael Willemin wrote. “The Academy has lost its way and abandoned the recording industry, instead focusing on self-dealing and turning blind eye to the ‘boys’ club’ environment, obvious improprieties and conflicts of interest.”

Dugan's attorneys continued: “It was never Ms. Dugan’s intention to turn this into a public fight precisely because of her love for music and the members of the recording industry. Unfortunately, staying silent was made impossible by the Board’s repeated leaks and disclosures of false and misleading information to the press.”

Recording Academy Board Chair Harvey Mason Jr., the music producer who has worked with Chris Brown, Jennifer Hudson and more, is serving as interim president and CEO of the academy.

On Monday, the interim president released a letter stating that Dugan was placed on administrative leave after her attorney said she would agree to step down from the CEO role and "withdraw" her allegations for a $22 million payout in return, Yahoo! reported. However, Dugan's attorney denied that claim.

Representatives for the Recording Academy, Dugan and Harvey Mason Jr. did not immediately respond to Fox News' request for comment.