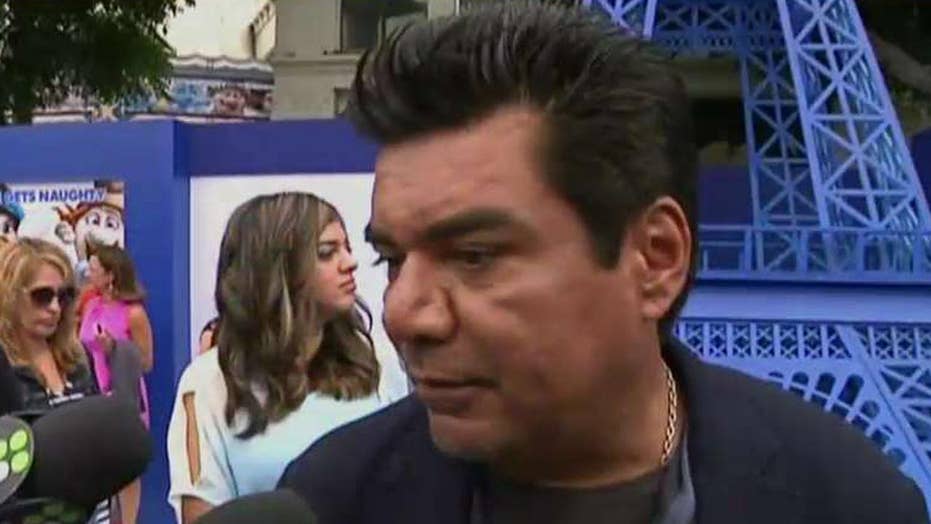 In the latest edition of celebrities gone wrong on the political stage, George Lopez wants Trump to 'deport the police' to make the streets safer.' And refugee sympathizer George Clooney is fleeing back to the US out of terror fears in Europe

George Lopez responded to criticism for saying "Deport the police."

He added, "This is not an indictment of all Law Enforcement, some still just beat you."

Lopez clarified his remarks on Instagram Monday saying, "I hope this clears up any misunderstanding. Comedy has a way of healing, but I also realize it can hurt too, so let's let cooler heads prevail."

Lopez shared a picture of the band The Police with the words "Deport the Police" along with his statement Monday.

A rep for the comedian did not return Fox News' request for comment.

Many fans felt his statement on Friday was "irresponsible" and suggested Lopez "stick to comedy."

"This is a very irresponsible comment bro. You have really disappointed me bro, I thought you were better than that,” one commenter wrote, according to Breitbart.

Another said, according to the site, "Not cool @georgelopez. I’m Latina and I’ve been pulled over more than enough times for speeding. All but one cop were nice and respectful." One more commenter said, "I realize there are some bad apples in the bunch but your statement puts all cops in the bad bunch category. Please stick to comedy. You’re not that funny when you bring politics into your posts."