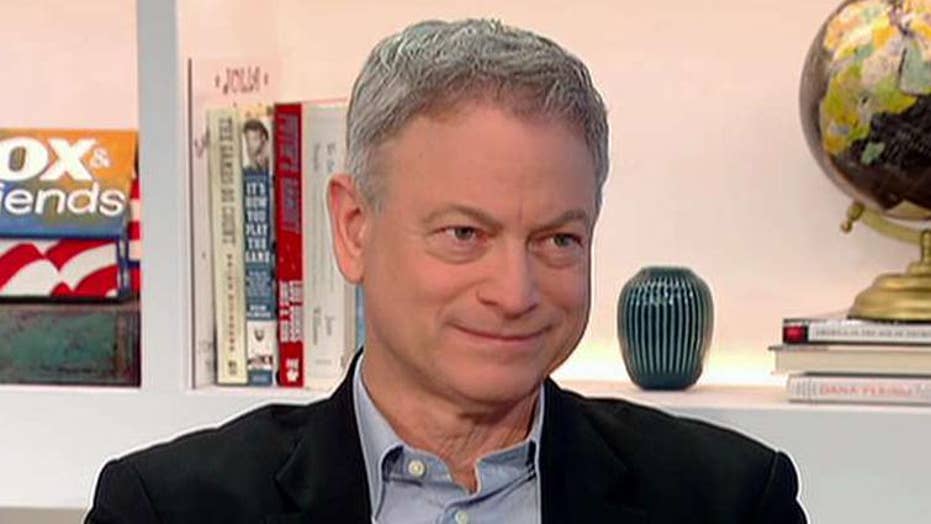 Snowball Express supports Gold Star families. Actor opens up about his mission to help our heroes.

Sinise made the announcement on Twitter with a picture of parents and children on a plane headed for the amusement park.

"Over 1,000 Gold Star children travel with the surviving parent, 1,750 in all, via American Airlines to Disney World today as part of our (Gary Sinise Foundation) Snowball Express program. This charter left LAX this morning. I'll join up in a few days. Have fun kids! We love you!" he wrote.

The Gary Sinise Foundation, created in 2011, posted photos of the children having fun at the "most magical place on Earth" with their families.

The foundation launched the program last year which helps serve the "children of fallen military heroes," according to the website.

"The holidays can be especially challenging for grieving families. Each December, we host a five-day experience for 1,750+ children of the fallen and their surviving parent or guardian," the foundation's website stated. "As a therapeutic retreat with a blend of fun and inspiring programs, these families can lean on their peers for support. And this year we're bringing Snowball Express to Walt Disney World Resort!"

Sinise began supporting veterans who served in the Vietnam War but devoted much of his support following the September 11, 2001, terror attacks. Earlier this week, "Everybody Loves Raymond" star Patricia Heaton called for TIME Magazine to put Sinise on the "Person of the Year" list for his charity work.

"Hey @TIME , why isn't @GarySinise ever on the Person of the Year list? Hey @TheAcademy, why isn't he ever picked for the #jeanhersholt humanitarian award? He raises $30M a year to build homes for wounded vets along with his #goldstarfamily support. Retweet!" she wrote.