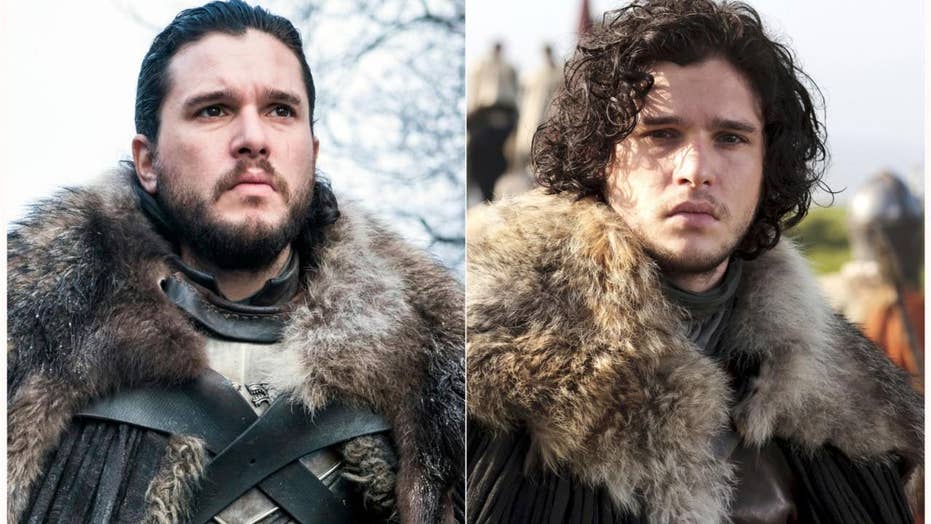 Illegally downloaded ‘Game of Thrones’ episodes may expose you to viruses

“Game of Thrones” star Kit Harington says he nearly lost his manhood — well, at least a part of it — while filming a wild scene in the Season 8 premiere.

Harington, who plays Jon Snow in the popular HBO show which began it’s eighth and final season on Sunday, revealed in a behind-the-scenes clip that almost lost his right testicle while filming the scene where his character rides one of Daenerys Targaryen’s (Emilia Clarke) dragons.

The actor, 32, explained he had to ride a mechanical bull-type machine that the show’s CGI professionals would later transform into a dragon. While Clarke has become accustomed to riding on the “buck," Harington, on the other hand, has not.

“Buck work is not easy,” he began. “I think what sums up the buck for me was there was a bit where Jon almost falls off. The dragon swings around really violently, like this, and my right ball got trapped, and I didn’t have time to say ‘Stop!’ And I was being swung around.”

“In my head, I thought, ‘This is how it ends, on this buck, swinging me around by my testicles, literally.’”

“Sorry. Probably too much information,” Harington added with a grin as people behind the camera began to giggle.

In a separate interview, the actor revealed he was blown away by Clarke when he first met the "Mother of Dragons."

“I remember the first time I ever saw her,” Harrington told Esquire for the magazine's cover story. “She came into the Fitzwilliam bar. I had been talking to Rich Madden at the bar and he went, ‘I’ve just met the new Daenerys. She’s gorgeous.’ And I was like, ‘Really? I haven’t met her yet.’ And then she came in and I saw her and was like, ‘Wow.’”

“She takes your breath away when she walks into a room, Emilia,” he added.

The first episode of the final season of was a record-breaker for the series and HBO. The 17.4 million viewers who watched Sunday's episode either on TV or online represent a season-opening high for the fantasy saga.

Fox News' Ann W. Schmidt and The Associated Press contributed to this report.