SPOILER ALERT: Do not read on unless you’ve seen Episode 4 of Season 8 of “Game of Thrones,” which aired Sunday May 5.

The fourth episode of “Game of Thrones'” final season, titled “The Last of the Starks,” pushed the plotline forward to King’s Landing and hinted that Daenerys Targaryen might be headed towards the mad queen plotline that some fans have speculated is in store for the final season.

Creators D.B. Weiss and David Benioff gave some insight into the Breaker of Chains’ mindset during the episode, which saw her grapple with the information imparted at the end of episode two — that Jon is actually her nephew and has a claim to the Iron Throne — and suffer the loss of her right-hand woman, Missandei, and her dragon, Rhaegal.

“Dany kind of structures the feast scene, in a way,” said Weiss, speaking about an opening celebratory scene in Winterfell. “She’s really the person whose emotions and choices are guiding the scene.”

“Things start to shift a little bit when Daenerys calls Gendry forward and names him the new lord of Storm’s End,” Benioff continued.

This photo released by HBO shows Kit Harington as Jon Snow, left, and Emilia Clarke as Daenerys Targaryen in a scene from "Game of Thrones," which is in its eighth and final season. (HBO via AP) (HBO via AP)

As the feast scene continues, Daenerys doesn’t join in the revelry.

“She’s scarred by the events that just took place but she’s also very much thinking about what Jon Snow told her and she’s really shaken when she sees everyone celebrating with him and talking about what a mad man and what a king he is for getting on a dragon,” Benioff said.

“He has love and respect from these people that even with the gesture she just made, she can’t ever equal,” Weiss continued.

“She realizes his true identity is a real threat to her if it comes out,” Benioff concurred.

When the pair retire from the main celebration area, Daenerys begs Jon not to tell anyone about his true heritage.

“Once Dany introduces the idea that everything can be as it was if Jon keeps this secret buttoned down and tells no one, she’s introducing a conflict that plays forward,” Weiss said.

As the episode moved from the North to King’s Landing, Dany suffered two losses in quick succession — first that of Rhaegal, shot down from the skies via three Scorpion bolts, and Missandei, who is captured when Eron Greyjoy’s fleet attacks Daenerys’ and executed on Cersei’s orders. 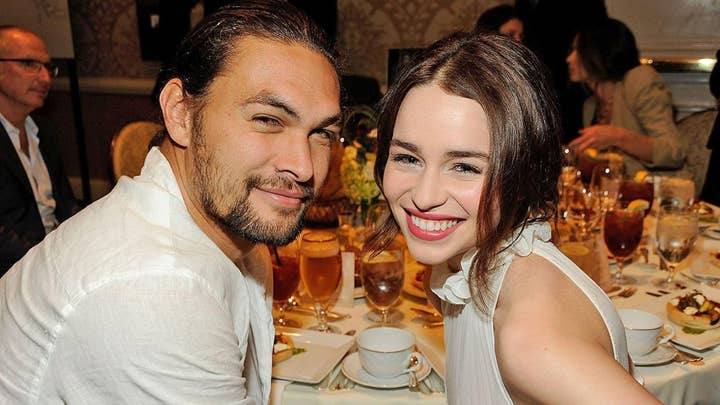 “Dany’s other enemies have not just been sitting still, they’ve been planning for the final battle,” Benioff explained. “We saw in Season 7 that Qyburn had invented this giant, dragon-killing Scorpion. Qyburn went back to the drawing board and he made even larger, more powerful Scorpions. Dozens of them are now lining the walls of King’s Landing and dozens more are lining the decks of the Iron Fleet.”

“While Dany kind of forgot about the Iron Fleet and Euron’s forces, they certainly haven’t forgotten about her,” he continued.

“In some ways, the most important thing that happens to Daenerys in four is the death of her second dragon,” Weiss said. “Now she’s got one dragon and that dragon presumably is just as vulnerable as Rhaegal was. So there’s this mourning of a child, which is very real to her, and then her best friend is taken. Dany knows that once Cesei has Missandei, she’s not going to see Missandei alive again.”

“She’s really back where she was at the very beginning,” he continued. “Emotionally, she’s alone in the world and she can’t really trust anybody. Unlike then, she’s extremely powerful and unlike then she’s filled with a rage that’s aimed at one person specifically.”

“I think what’s echoing in Daenerys’ head in those final moments would be Missandei’s final words,” Benioff explained. “Dracarys is clearly meant for Dany. Missandei knows that her life is over and she’s saying, you know, light them up.”