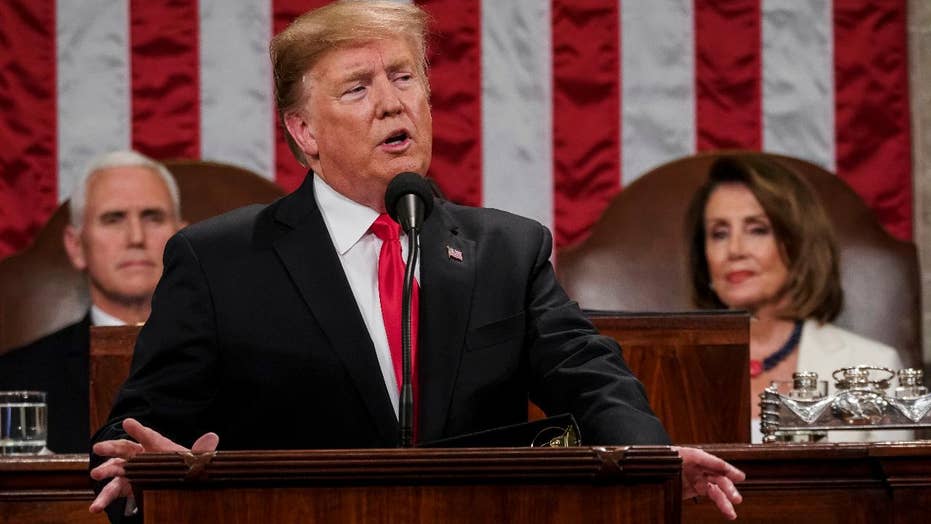 Trump: America will never be a socialist country

Fox News was television's highest-rated network in total viewers and the key demo of adults ages 25-54 during the 2019 State of the Union address on Tuesday, according to early Nielsen Media Research.

Bret Baier and Martha MacCallum’s coverage averaged 11.1 million total viewers and 2.8 million in the demo from 9-10:30 p.m. ET, marking the second consecutive year that FNC has bested its broadcast and cable news competition.

The order was similar within the key demo, with the only exception being MSNBC falling behind CNN for last place with just 798,000 viewers 25-54. Significantly, Fox News topped CNN and MSNBC combined in both total viewers and the demo for the second consecutive year.

Fox News was also the most-watched network for the Democratic response among total viewers, averaging 6.4 million from 10:45-11 p.m. ET.

Meanwhile, FOX News Digital delivered its highest-ever State of the Union in key metrics including total page views and uniques. Page views on FoxNews.com were up 20 percent compared to the 2018 State of the Union address. The site was also up 22 percent in uniques and 40 percent in media initiates, according to Adobe Analytics.

Fox News was the most engaged news brand on social media with 1.8 million total social interactions, according to Socialbakers.