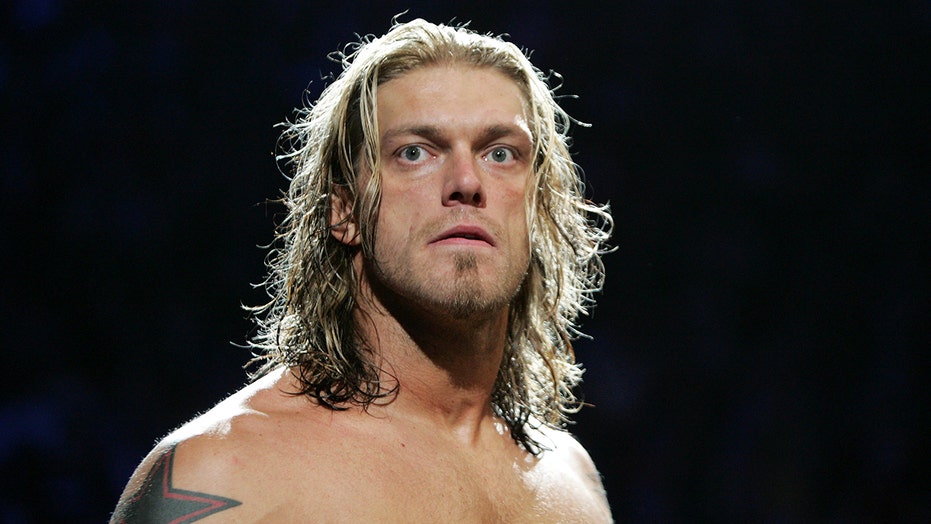 The 11-time world champion made his triumphant return during the Royal Rumble match after suffering a life-threatening injury in 2011. Edge, affectionately known as "The Rated-R Superstar," entered at No. 21 to a boisterous reaction from the Houston, Texas crowd.

“YOU THINK YOU KNOW HIM!?!?!?!?! @EdgeRatedR IS BACK AND IN THE #MensRumble!!!!!!!!!!!! #RoyalRumble,” WWE wrote on Twitter, referencing the star’s theme song as they shared a video of his epic return.

Nearly moved to tears as the crowd celebrated his return, Edge made his way to the ring and was a part of the final three contestants in the annual battle royal event. He was ultimately eliminated by Roman Reigns, who is related to Dwayne “The Rock” Johnson. His real-life wife Beth Phoenix - also a retired WWE star and fellow Hall-of-Famer - also made a surprise appearance in the women's battle royal match.

WWE SUPERSTAR PAIGE TALKS 'FIGHTING WITH MY FAMILY,' BECOMING THE NEXT DWAYNE JOHNSON

Edge was forced to retire in 2011 after being legitimately diagnosed with cervical spinal stenosis. In his retirement speech, Edge poignantly reflected on his neck injuries during his impromptu retirement speech nine years ago.

“A lot of people think that the WWE doesn’t hurt, that what we do is somewhat smoke and mirrors and I wish that were true. But anybody in that locker room, anybody who’s ever stepped foot in [the ring], laced up a pair of boots, they know that’s not the case,” Edge stated.

“Eight years ago, I broke my neck. I had spinal fusion surgery, which means they move your throat over, they put a plate in there and screws… Because of that surgery, I knew that I was wrestling on borrowed time from that point on.”

According to a 2011 WWE.com report, “In 2003, Edge underwent a two level spinal fusion of the discs between his C5, C6 and C7 vertebrae. After being cleared to compete, The Rated-R Superstar returned to the ring, resulting in stenosis of the spine, or a narrowing of the spinal column, above and below the fused discs. This narrowing resulted in less and less of the vital fluid needed to protect the spinal cord. Medical professionals cannot clear Edge to compete ever again in WWE since doing so could result in paralysis or even death.”

Since his retirement, Edge, whose real name is Adam Copeland, has pursued an acting career, starring the Syfy series "Haven" and having a recurring role in "Vikings."