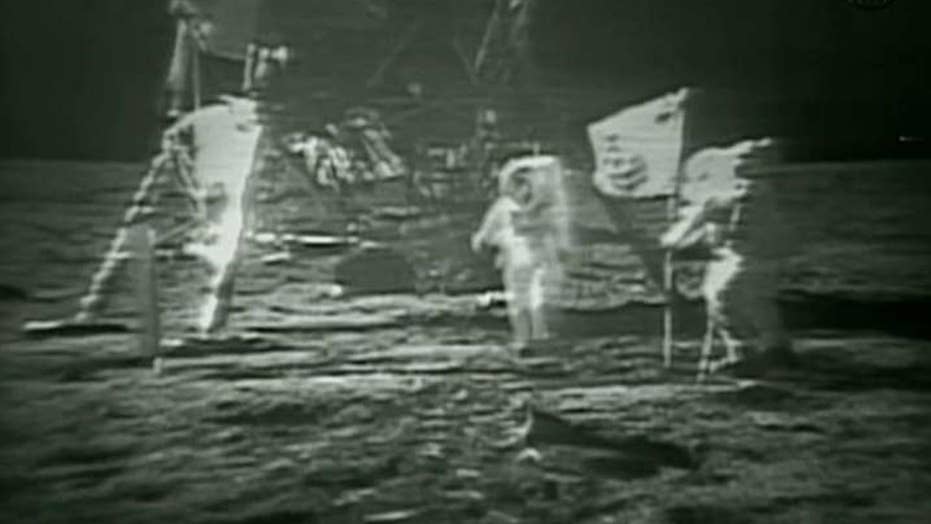 Movie slammed for omitting the flag planting on the moon. Is Hollywood tearing down American history and values?

The Ryan Gosling-led film “First Man” has caught a lot of backlash for omitting the famous moment when astronaut Neil Armstrong placed a U.S. flag on the moon. Now, the film’s director is speaking out in defense of the controversial decision.

“First Man,” which depicts Armstrong’s Apollo 11 mission that made him the first man to walk on the moon, was criticized by the public as well as astronaut Buzz Aldrin and President Trump. Director Damien Chazelle spoke at the Toronto Film Festival Monday where he explained the decision.

“[The moon landing] cost money, it tore families apart. There was this tremendous sacrifice and loss that came with the success story that we all know,” he told the crowd at a Variety event. “That, in some ways more than anything, was what motivated us - trying to put a human face to that toll and really pay tribute to the people who literally gave everything so that all of us can grow up knowing that people walked on the moon.”

He previously explained that, while the moment the flag is planted is not shown in the film, it’s incorrect to say it was omitted entirely. There is reportedly a scene showing the flag standing on the moon’s surface. Previously, Gosling noted that the decision to not include the moment was to highlight the human achievement of the moon landing rather than any single country’s achievement.

Previously, Chazelle said that the decision had nothing to do with politics and that omitting the flag planting was simply a way to focus on the human aspects of the characters in the film.