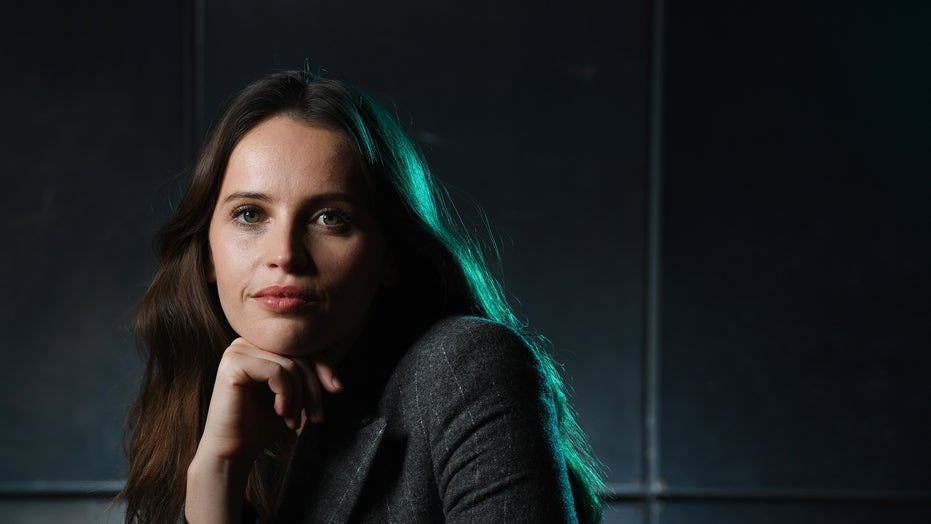 Felicity Jones, the actress who channeled the late Ruth Bader Ginsburg in the legal drama and love story "On the Basis of Sex," reacted to her death in a statement released Saturday.

In the film, Jones played the struggling Ginsburg, who as a working attorney and new mother, was forced to break down barriers in her ongoing bout for equal rights.

"Ruth Bader Ginsburg gave us hope, a public figure who stood for integrity and justice - a responsibility she did not wear lightly," Jones, 36, said in a statement to "Today."

The actress continued: "She will be missed not only as a beacon of light in these difficult times but for her razor-sharp wit and extraordinary humanity. She taught us all so much. I will miss her deeply."

Felicity Jones poses for a portrait at the Ritz-Carlton Georgetown, Washington, DC in 2018 in Washington. Jones appeared as Ruth Bader Ginsburg in the movie, "On the Basis of Sex." (Matt McClain/The Washington Post via Getty Images)

Ginsburg died Friday at the age of 87 from complications surrounding metastatic cancer of the pancreas.

"On the Basis of Sex" portrays the story of Ginsburg teaming up with her husband and co-litigator Martin Ginsburg -- played by Armie Hammer -- as the pair take on the 1972 gender rights case, Charles E. Moritz v. Commissioner of Internal Revenue.

The Daniel Stiepleman screenplay also stars Justin Theroux and focuses on the love connection Ginsburg developed with her husband over the course of their journey working together.

Theroux reacted to Ginsburg's passing on Friday. He shared several photos of him meeting Ginsburg, captioning his post: "I am heartbroken. I have no words for the hole that has just been blown through us.Thank you for your service Justice Ginsburg.We’ll miss you RBG.I love you Ruth. 🖤"

It was one of two films that shone a light on Ginsburg's career and personal life. In 2018, directors Betsy West and Julie Cohen released the biographical film "RBG." West and Cohen earned themselves an Academy Award nomination for the documentary which even features a cameo from Ginsburg, who is laughing watching Kate McKinnon's impression of herself on "Saturday Night Live."