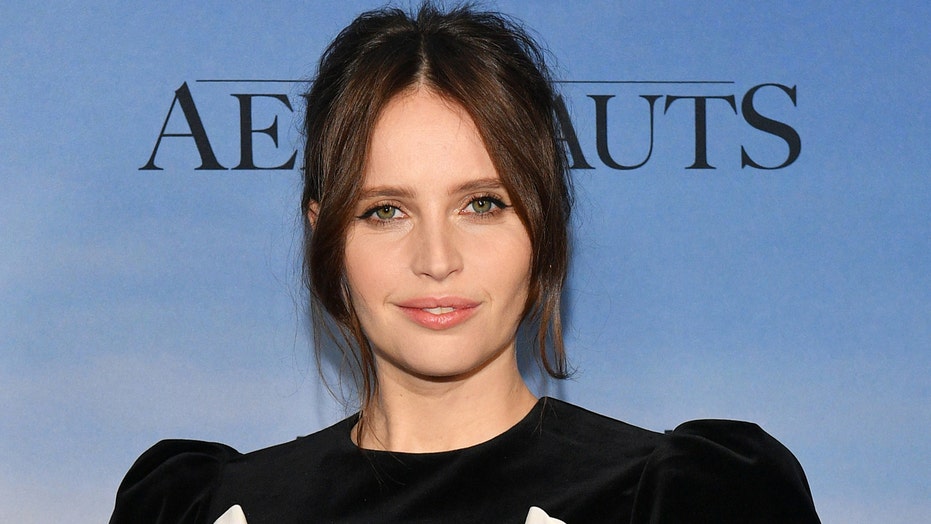 "The Theory of Everything" star Felicity Jones is expecting.

Jones' reps have confirmed to multiple outlets The actress and her director husband Charles Guard are expecting their first child.

Felicity Jones attends the premiere of "The Aeronauts." (Photo by Taylor Hill/WireImage)

The actress' baby bump was on display -- though just barely -- at the New York premiere of her latest film "The Aeronauts," for which she wore a simple black velvet dress with white bows on the shoulders.

The duo is famously private about their relationship, so it's no surprise that no personal announcement has yet been made.

Jones is perhaps best known for her role as Jyn Erso in "Rogue One: A Star Wars Story," but she was also nominated for an Oscar for her performance in "The Theory of Everything."

Guard most recently directed "The Uninvited" with his brother Thomas.

Jones' team did not immediately respond to Fox News' request for comment.