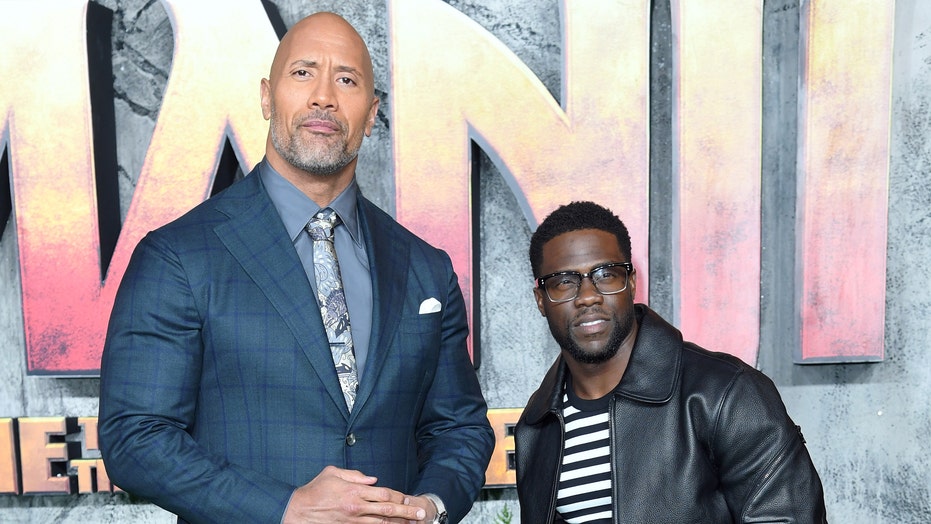 Dwayne "The Rock" Johnson got quite the scare when he learned that his pal and co-star Kevin Hart was involved in a car crash in early September.

Johnson, 47, and Hart, 40, sat down with Kevin McCarthy to promote their upcoming "Jumanji" sequel and discussed their reactions to the accident.

"His situation could have gone another way. He knows that and we know that," Johnson said. "When I heard the news my heart stopped and I lost my breath. Kevin's one of the good ones. He's one of the good eggs. I'm really proud of not only his ability to overcome but also, again we're here, we're in Cabo. We made 'Jumanji.' Life is good."

The duo went on to talk through what happened after the crash and shared how they both felt that their perspectives had changed.

"The beauty of our relationship is we hugged, and we had a real strong conversation when we finally came back face-to-face, about what this meant, how this has changed him," Johnson said. "It's almost as if life and the universe takes this shade and lifts it from your eyes and you view it in a different way. To hear him talk like that, I was like, 'You're the same guy but a different guy now -- empowered. With a different kind of spirit.'"

Johnson added: "Then 20 minutes later we're giving each other s--t."

'JUMANJI: THE NEXT LEVEL' TRAILER SEES THE ROCK, KEVIN HART AND MORE RETURN

Hart also discussed the incident, saying he plans on taking nothing for granted in the future.

"It's not about not working the same or not having the same level of hustle or energy within my profession," he said. "But being present to the ones around you that matter most is more of a priority now. The level of appreciation for life is extremely higher because you do kind of take it for granted."

"You do bypass the fact that things don't have to be the way they are," he added. "That they could change like that. So when you have [an] experience that shows you that, you understand what that is and what it was, and you make sure that you make the matters of being present matter most. For me, that's the new version of myself that I'm happy about."

Johnson and Hart's "Jumanji: The Next Level" will hit theaters on Friday, Dec. 13.