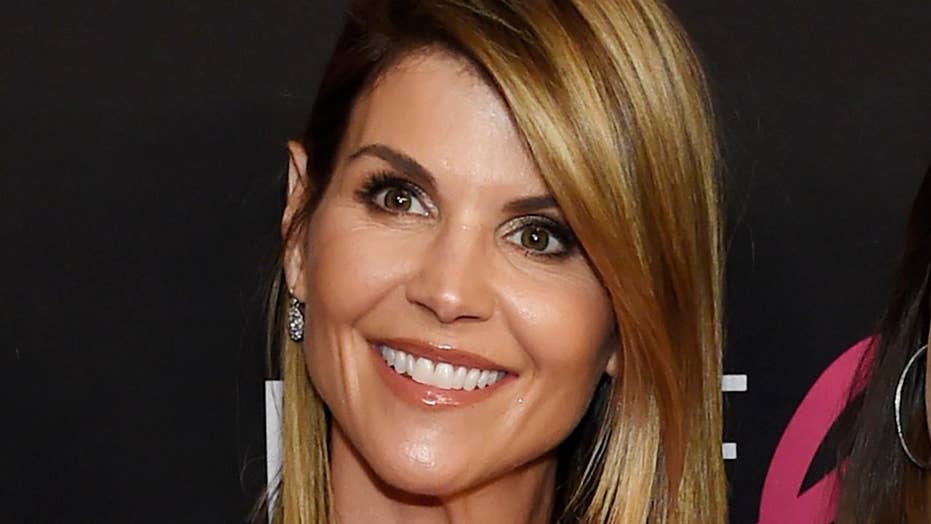 Stars are continuing to slam the famous suspects in the college cheating admissions scandal, Felicity Huffman and Lori Loughlin, with memes and other jokes on social media. The actresses were among dozens charged in the elite scheme Tuesday.

Some used scenes from the actresses' various popular TV shows while others reflected on their own college prep experiences.

"Grace and Frankie" actor Ethan Embry urged everyone to "move on" in a tweet Tuesday afternoon, stressing it isn't "breaking news" that "rich people suck."

But celebrities were far from ready to put the topic to rest.

"If only there was a succinct turn of phrase these kids could have used to inform their parents they were not desirous of their life path..." he tweeted.

"Operation Varsity Blues: I guess they're are like, 'Hey, even though we're the FBI, we still know how to have a good time,'" he tweeted.

"This college scandal is really called 'Operation Varsity Blues.' You gotta love the feds have a sense of humor and great taste in movies. Personally, I would’ve gone 'Blue Chips,'" he wrote.

Lena Dunham, the creator of "Girls," joked about the "Fuller House" star's alleged involvement, saying those who purportedly contributed to the $25 million plot over the course of nearly a decade to bribe school coaches and administrators should have just given the money to directly to Loughlin.

"All the people involved in this college scam should have gathered their money and started a small elite college where Lori Loughlin teaches a class on smiling," Dunham quipped.

She said her parents would have never forked over cash to help her land a dream school.

"My parents didn’t care enough about college to scam but they’d definitely buy me a boyfriend who is willing to sit with me at the ER," Dunham added.

Patton Oswalt then fired off several tweets, admitting he "couldn't resist" cracking some jokes at the accused's expense.

"Harvard: Sorry Mr & Mrs Oswalt your son is at best a C+ student My dad: (snaps fingers) Fleegle from The Banana Splits enters, carrying a briefcase of $20 bills," Oswalt wrote.

"Just paid 425k to get my daughter into a Color Me Mine," he continued.

Comedian Billy Eichner sarcastically listed celebrities who would have helped him get into his school of choice.

"JUDITH LIGHT GOT ME WAIT LISTED AT TUFTS," the "Billy on the Street" host wrote.

"Look, it’s not the biggest problem in the world but I would not have gotten into Dartmouth without Mo’nique," Eichner joked.

"Proud to say I got into Northwestern without the help of my mother, Laura Linney," he later wrote.

"When you gotta break aunt Becky out of jail," Free wrote in the tweet, which has been shared more than 11,000 times.

"#AuntBecky going to jail on Rico charges....," Love tweeted, including a meme and a facepalm emoji.

"The irony will be that these parents spent all this money to hustle into top universities and are now in the middle of this shit show just to find out in a few years that their kids only have dreams of being an influencer," she jested.

"I went to Harvard to be an Instagrammer. #ad #abs #fittea #waisttrainer #fitnessgoals #matchamornings #keto #lchf #superfoodmuffins," she later added, replying to a fan who pointed out Olivia's social media status.

In total, 50 people — including more than 30 parents and nine coaches — were charged Tuesday in the scheme, which involved bribing insiders to get specific children into top schools, authorities said.

Huffman was arrested Tuesday after FBI agents showed up at her Los Angeles home around 6 a.m. She posted a $250,000 bond after an appearance in an L.A. federal court. Her husband, actor William H. Macy, has not been charged, though an FBI agent stated in an affidavit that he was in the room when Huffman first heard the pitch from a scam insider.

Loughlin is expected to surrender Wednesday to face charges in connection with the scandal. She faces charges of conspiracy to commit mail fraud and honest services mail fraud, according to a criminal complaint. Her husband, fashion designer Mossimo Giannulli, was arrested on the same charges and posted bail Tuesday.