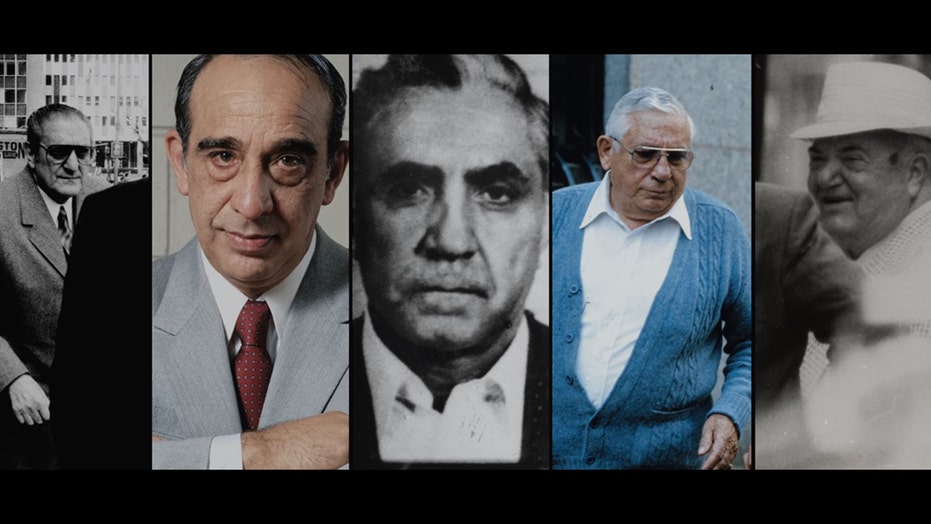 EXCLUSIVE: Netflix is satisfying the palates of crime and mafia fans with its latest original offering, “Fear City: New York vs. The Mafia,” a docuseries that delves deep into the first-hand accounts by former mobsters and law enforcement officials.

One of those officials, former FBI agent Joe Cantamessa, spoke with Fox News and opened up about his time as an intelligence operative responsible for infiltrating the lives of the city’s most feared mafia bosses in the 1970s – all in the concerted effort to take down five crime families and enact what became the Racketeer Influenced and Corrupt Organizations (RICO) act.

The Italian-American said his work, along with hundreds of others on the case, was the first time in his life he had seen the RICO statute used to stifle the crime families who had their hand in controlling various outfits throughout New York City.

“You know, because I'm an Italian-American and my family all originated in the Bronx – everybody, my parents were born in this country, but of course, their parents all migrated over – there was always an understanding and an acknowledgment of how the Mafia was playing a role in various neighborhoods and various businesses,” explained Cantamessa.

“So, you know, having that grow up in the back of my mind in conversations and a little bit of the associations that I became aware of from different family members, I started to realize that things were pretty expanded.”

EVERYTHING COMING TO AND LEAVING NETFLIX IN AUGUST 2020

The operative, who was often referred to as a “black bag man” for his skilled work in entering suspects’ homes, cars and hangouts where he installed hidden listening devices and surveillance cameras, said he was well-versed in how to blend in with the mafia through his own family.

“My uncle – Uncle Bruno -- was the Singer Sewing [machine] rep for the garment district. And lo and behold, he had lots of friends who worked in that particular area,” said Cantamessa. “And if you wanted a coat or, you know, a mink coat or a leather coat, you went through the back door of someplace and somebody took care of you because of who you knew.”

“You know, my Uncle John, he worked in construction,” continued Cantamessa. “He was clearly connected in some respects to making sure business was conducted in the proper manner. Another uncle worked in a car dealership.”

Despite being familiar with the underpinnings of how an organized crime family operated, the “black bag man” said he didn’t fully grasp the extent of the mob’s reach until he actively began working cases for the FBI.

“You got to really realize that the mob kind of guys are all over the place, but it doesn't really come all together until you become actively involved in a law enforcement organization that is now asked and tasked with conducting the investigation and pulling it all together and under a newly devised, a relatively new statute called RICO,” said the former agent.

“So, now there was this enterprise, you know, there was always talk about the commission and the meeting that the New York State Police observed in upstate New York many years before. And then, finally, we get one on our own terms in our own city that has all the heads of the family participating. So there were quite a few revelations from the case squad and, of course, management. And clearly that was shared immediately with the prosecutors and, you know, Rudy [Giuliani] specifically. So the enthusiasm only increased as more and more information was being collected.”

Cantamessa said the bureau wanted to take down these crime families swiftly and quietly and added that due to their eagerness, agents had to endure intense training in order to develop and identify broad approaches to infiltrating the mob.

“This was really the first direct application [of the RICO statute] that I became aware of, and that's why it was a new approach,” he said. “And I think this show or some other ones, there were some references to familiarity and training sessions that were provided to management where the prosecutors and the senior management from the FBI would collectively get to the training to understand what the approach should be.”

Although he was widely responsible for installing countless bugging devices over the course of the Bureau’s RICO investigation, Cantamessa is adamant that as the technical supervisor, he never heard any of the audiotapes from the wiretaps – a designed implementation that allowed for plausible deniability.

“I was the technical supervisor. I oversaw the work of 15 to 18 technically-trained agents and we never listened to anything,” he said. “We only had to do a soundcheck, an audio check, a continuity check and we were never part of that chain of custody for any overhears, whether it be a wiretap, a microphone install or even a video review.”

One of those unsuspecting marks Cantamessa managed to bug was Gambino crime family member Angelo Ruggiero, who needed his telephone repaired and created the perfect cover for Cantamessa to do his thing.

Added Cantamessa: “That was all left up to the case squad, the case agents, and in many cases, they even had to employ translation specialists because all of the conversations were not always in English. So the tech people and including myself never listened to a live feed and we're happy not to. That's why we were never in court. You know, we were never being asked and tasked for some explanation or some interpretation.”

On the flip side of that, Cantamessa explained that the details of his team’s technical installations – which were conducted during “nighttime, weekend, surreptitious entry” – were never shared with case squad management or other agents.

“We did not want them to have the information and knowledge with regard to our installation, whether it be the technique of the install or the concealment if there was one,” he said. “So they never would be compelled on the stand to answer a question or describe something that they had no knowledge of. So we kept our information in our camp, they kept their evidence of the crime in their camp and we didn't cross over and that was a good way of doing business.”

He said he can count on two hands how many times he installed bugs during the daytime hours.

“That was a last resort when we could not get in after-hours surreptitiously because of an occupancy issue or a trafficking issue,” Cantamessa expounded. “In a couple of instances we had others doing partial installations in the daytime – maybe lay some wiring outside that I could connect to after I get inside.”

“So that was the last resort. And they were impossible tasks. I mean, according to people, we can never get in but that was not an insurmountable object for my group or for me personally. Most of the time we were successful in the 99th percentile.”

Cantamessa said in hindsight, he is deeply proud of the work he and his cohorts conducted, adding that's the reason to his penchant for saying "yes" whenever approached by Hollywood filmmakers to tell his story.

“I guess there's a little bit of mystique. There's the mystery that goes along with that. The fact that a lot of these players are known – they're very nice family people, they take care of friends and neighbors, don't cross them, etc.,” Cantamessa said of the industry’s allure toward mafia history. “When you get into an investigation that is targeting people that are conducting some criminal activity, and you know for a fact that they'd kill you just as soon as look at you – it kind of puts a different kind of edge on the work.”

He in cases there was always an element of surprise and risk that had to be taken.

“So when you finally get that done and you can actually hear the conversation in the words of the subject discussing the criminal activity, whether it be some extortion, some loan-sharking, some murder, you know, it's always the best evidence to have a tape. It's always going to be the most convincing. And, of course, it plays nicely to Hollywood and the movie set.”