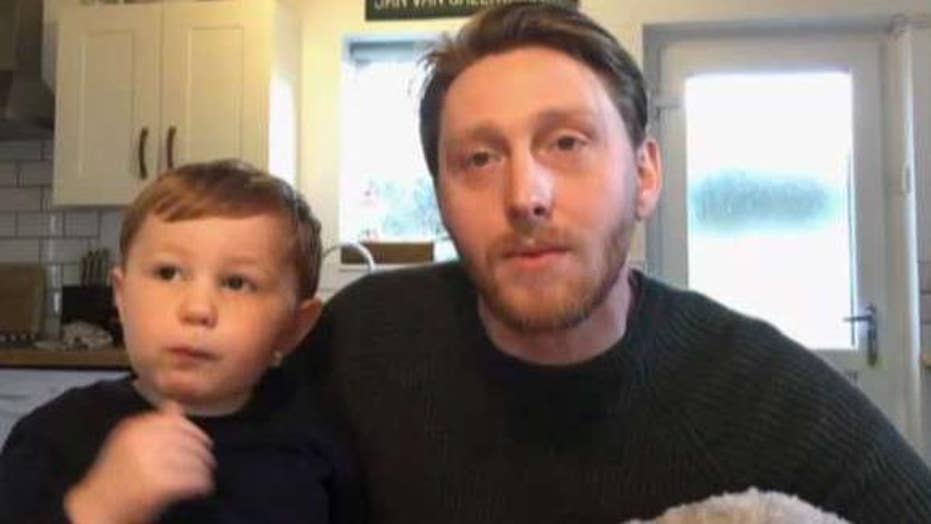 Fans couldn’t get enough of a local hardware store’s holiday commercial and are dubbing the adorable spot the “best Christmas ad of the year.”

Spending less than $150 to create the viral ad, Hafod Hardware -- a family-owned business in Rhayader, Wales --premiered the ad on Monday and was immediately inundated with praise for its quality and creativity, given its budget.

The ad shows two-year-old Arthur managing the hardware shop owned by his father, Tom Jones; it follows the boy as he goes about the day-to-day duties operating the family business as the shop’s “owner.”

Arthur wakes up and gets himself ready for the day ahead as he enjoys breakfast before making his way to the shop.

Arthur then sets up for the day, putting the “open” sign on the sidewalk and sweeping the floors. The boy repairs tools and wraps a customer’s purchase in holiday-themed paper as he offers the patron a "thumbs up" after his admirable gift wrap job.

PELOTON ACTOR SPEAKS OUT ABOUT ROLE IN CONTROVERSIAL AD

The day progresses with Arthur crunching numbers on a calculator while the camera pans to his coloring book and ends with a young Arthur exiting the store for the day while carrying a moderately-sized Christmas tree back home. The words “Be a kid this Christmas” appear at the bottom of the screen of the 2-minute piece.

The BBC reported that the store had been making holiday ads for the past seven years, but this latest release seems to be the most-appreciated one so far.

"Absolutely beautiful! Brought a tear to my eye, [and a] smile to my face. Best Christmas ad of the year," wrote one Twitter user. Another person echoed the sentiment, writing, "This must be my favorite advert in some time. It beautifully captures something adverts tend to miss. It touches home to those who appreciate family, hard work, being a kid and Christmas.”

Speaking to Wales Online, Jones said the video features four generations of his family and was shot in a single day, with assistance from a pal who is a filmmaker. He said his only expense for creating the ad was the approximately $131 he spent for permission to use a cover of the 1984 Alphaville smash, "Forever Young."

In discussing his son’s performance in the film-like advertisement, Jones couldn’t contain his excitement about the final product.

"He was so good," Jones said. "They say never work with animals or children but he was a joy -- I'm bursting with pride."

"People have come to the shop to say how much they love it," Jones added. "It's really, really nice."