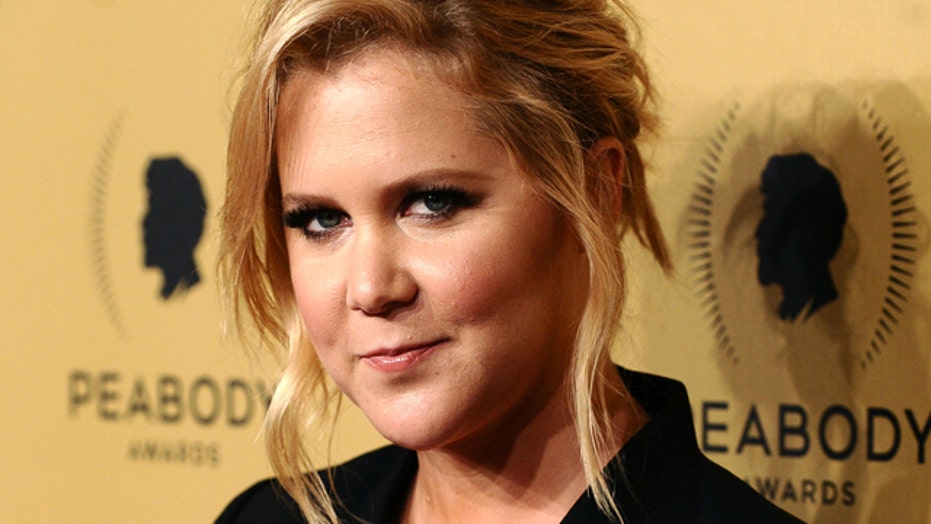 A South Carolina man who Amy Schumer said harassed her for a photo is speaking out against the comedian.

Schumer shared a photo on Instagram Saturday of a fan she claimed wouldn't leave her alone on a public sidewalk.

"This guy in front of his family just ran up next to me scared the s--t out of me," she wrote. Schumer said he put a camera in her face and when she asked him to stop he said, "No, it's America and we paid for you." She alleged the encounter took place in front of his daughter.

"I was saying stop and no. Great message to your kid. Yes legally you are allowed to take a picture of me. But I was asking you to stop and saying no. I will not take picture with people anymore and it's because of this dude in Greenville," she concluded.

You're a celebrity. I understand you want to blast me but that's petty, that's beneath you"

The Greenville man at the center of the alleged scuffle said Schumer's account of what happened is not true.

"It was literally five minutes and it was like, everywhere," Leslie Brewer told FOX Carolina of Schumer of her posting his picture on social media.

Brewer said he noticed Schumer when several other pedestrians started shouting that they spotted her. He said he took out his camera to take a picture but stopped when she asked.

@amyschumer you want the celebrity you get the weirdos. This is what you signed up for. It's not cool but it should be expected on your end.

@amyschumer You should be entitled to your own privacy, but you do owe your fans something... a little thing called gratitude.

"I did it in a non-threatening way," Brewer said. "She says I got all up in her face, and it was completely different from the video."

A video Brewer took after the incident shows Brewer agreeing to delete a photo or video (it is not clear which) at Schumer's request, saying "Sorry" and giving the thumbs up.

Brewer said he was upset with Schumer when she brought up his daughter being there in her Instagram post, and said the comedian began walking away. He said she then came back to Brewer and told him she was going to take his picture and share it online to her millions of followers.

"You're a celebrity," he said. "I understand you want to blast me but that's petty, that's beneath you."

Schumer posted another message on Instagram thanking fans for support and sticking to her guns regarding Brewer's behavior.

Fans' reaction to the brouhaha was mixed.

One wrote on Instagram that Schumer's reaction was "ridiculous." "First off, you're going to let this ONE man ruin it for everyone else? That's like a teacher taking away recess from all of her students when only one kid did something bad."

But a supporting fan wrote, "I support you 110 percent Amy! Shame on that guy! He's a fool!"

Schumer later tweeted that she would still take photos with fans but only if she feels like it.

Thanks for the kind words and support. I know there are bigger problems in the world. But this was not right pic.twitter.com/8fqoIm7sHC

A rep for Schumer did not return FOX411's request for comment.