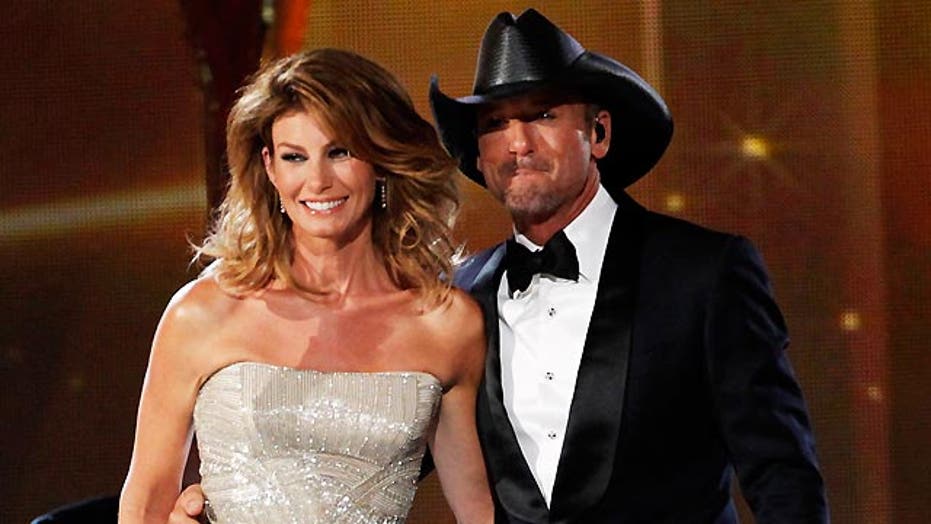 Faith Hill is turning 50 later this year, but she’s far from sweating it.

“I honestly don’t pay attention to aging,” said the country music superstar to NewBeauty. “If I did, my girls [Gracie, 19, Maggie, 18, and Audrey, 15] would notice and I don’t want that. That’s not a message I want them to have.”

The magazine’s spring/summer 2017 cover girl insisted that she’s happily embracing the new wrinkles on her face.

FAITH HILL ON DAUGHTERS DATING: 'ALL OF A SUDDEN I BECAME THIS ANIMAL'

However, getting older hasn’t stopped the five-time Grammy Award-winning artist to experiment with new looks, especially when it comes to date night with her husband, 49-year-old fellow country singer Tim McGraw.

“A big date for us is actually an afternoon movie,” she said. “I’ll wear a sundress, some mascara and a red lip, which is kind of new for me. I was always a nude lip person, but one day I tried red and loved it.”

Hill even admitted that some of her past red carpet ensembles are “pretty rough stuff.”

“I’ve tried so many trends that looked terrible,” she said. “Early in my career, I did the high-school perm — why would I do that? I already have curly hair! And I used to wear tons of makeup, like that ’80s caked-on makeup. It’s the reason I rarely wear it now unless I absolutely have to.”

These days, Hill prefers to stock up on basic ensembles that can be worn multiple ways for different styles instantly.

“A nice tight black sweater and a good pair of jeans — I’ve had some jeans for 10 years — is always good,” said Hill. “The thing I’ve learned more than anything else is to be comfortable and stay true to what I like.”

But if you were to ask McGraw what’s his favorite look to see on his wife of 20 years, he’ll admit to something simpler.

“He likes when I have no makeup on and crazy-curly hair,” she added. “Before I put it up in a ponytail, he always tells me to wear it down because it’s his favorite.”

The spring/summer issue of NewBeauty his newsstands March 28.