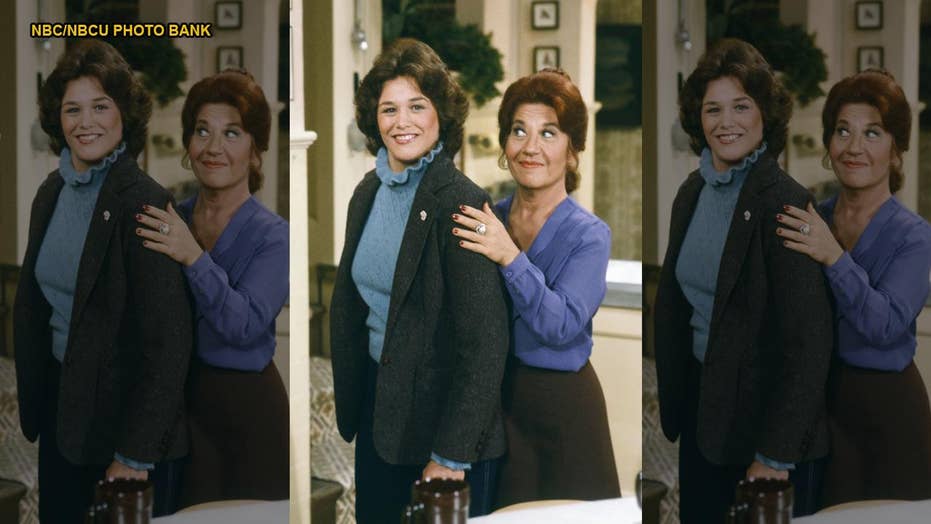 'Facts of Life' star Geri Jewell on returning to 'Deadwood,' overcoming addiction and counting on faith

Geri Jewell skyrocketed to fame on 'The Facts of Life,' becoming the first person with a visible disability in a hit primetime TV show, and is now returning to another fan favorite character in the long-awaited 'Deadwood' film based on the hit HBO series. Jewell talked to Fox News about what fans can expect from 'Deadwood,' how Norman Lear discovered her, and what its like breaking barriers as a star with cerebral palsy.

Geri Jewell is getting ready for her close-up.

The 62-year-old actress is starring in the long-awaited “Deadwood” film based on the Golden Globe and Emmy-winning HBO series set in 1876. “Deadwood” explores how the richest gold strike in U.S. history drew in a throng of restless misfits to an outlaw settlement in the Black Hills of South Dakota. The movie will bring closure for fans by jumping forward 13 years to 1889.

Jewell, who skyrocketed to fame in the other beloved series “The Facts of Life,” spoke to Fox News about what fans can expect from “Deadwood,” how Norman Lear discovered her, breaking barriers as a star with cerebral palsy, and how she overcame addiction.

Fox News: How does it feel to revisit Jewel in "Deadwood"?
Geri Jewell: I’m very excited about it! It’s the most amazing film that I’ve ever been a part of. It’s just phenomenal. So surreal. For the fans, there won’t be any disappointment whatsoever.

Fox News: What was it like reuniting with the cast?
Jewell: It was like a dream come true for all of us. We waited 12 years to do this *laughs*. It was just amazing. As for me, I can tell you this — I had spinal cord surgery in July. It didn’t go as smoothly as I had anticipated. It took a lot longer to come back from that. In September, they mailed me the script. I was like, “Oh my God, I can’t even walk yet the way I used to!” I’ve never been normal, but still. How am I even going to do this? I called the production company and asked for (show creator) David Milch. I was told he wasn’t accepting any calls... I said “You can tell him Geri Jewell called. I had spinal cord surgery in July and I’m still having therapy… but I’m not back to my norm. If he wants to recast the role, then go ahead.”

There was a deep silence on the line. Then I hear, “Are you sure you want me to tell David that?” I said, “Yes because it’s the truth.” Well, he called me the next day and said, “I want you to know something — there’s only one Jewel and it’s you. If I have to rewrite the script to walk around your physical ability, I will. If you need a wheelchair-accessible trailer, I’ll get it. Anything that you want, we will make it happened.” I just cried. I have never had so much support by a cast and crew. David’s belief in me really helped me to heal. Truthfully, when I filmed the movie I was in so much physical pain. The only way that I could do it was to make that physical pain Jewel’s physical pain. Not mine. In other words, make that pain work for me than against me. I am just so blessed, I cannot tell you.

Fox News: What was the biggest challenge that you faced while filming?
Jewell: Just healing. I had a lot of physical pain. Words can't even begin to describe it. I would be performing on set and, Oh my God, the pain level would go through the roof. But I knew that I had to do it. I had to rise above it and do the role. David did give me a wheelchair-accessible trailer because I was a part-time wheelchair user at that time. The hardest part of recovery for me from that surgery was that I couldn’t stand very long. I could only stand for maybe a couple of minutes. … It was certainly challenging not just as an actress — spiritually too. It’s probably one of the most important challenges I’ve ever accomplished and overcome. I’m very proud of that role.

Fox News: How are you today?
Jewell: Today I’m doing well. I’m walking again in my own special way *laughs*. I can stand for longer than 30 minutes without going to my knees and crying from pain. That’s why I had surgery in the first place. Now I can stand in line for as long as I have to. You know, I will always be physically challenged. I’ve had two spinal cord surgeries so I’m always challenged. But I’m doing very, very well.

Fox News: Looking back, how did Norman Lear discover you?
Jewell: I started doing comedy in 1978 at The Comedy Store. I was introduced to Norman Lear in 1980 when I performed at the second annual Media Access Awards. He and Charlotte Rae were in the audience that night. He came up to me after the show and said, “You know, you’re really funny kid, but you’re way before your time.” I said, “So wait a couple of months.” *laughs* That’s how young I was. I had no idea what he meant. He did write the storyline for me in “Facts of Life.”

Fox News: What has it meant for you to be the first person with a visible disability in a hit primetime show?
Jewell: It’s an honor. It’s a miracle in itself that I am the first one… I’m proud of the fact that I was able to open the first door. The first door is the heaviest *laughs*. I do have to credit Norman Lear who made that happen. It wasn’t just me.

Fox News: What was your relationship like with the other girls?
Jewell: We were friends. I was the closest to Lisa Whelchel. I was 23 when I was cast in the role. Lisa I believe was 17. I became very close to Lisa Whelchel. In fact, we were roommates for about nine months.

Fox News: Do you stay in touch with any of your castmates?
Jewell: Not really. We’ve all gone on our separate directions. We did get together for the TV Land Awards and some other shows. I did keep in touch with Charlotte Rae. I’m grateful I had the opportunity to spend quality time with her before she passed.

Geri Jewell (left) starred in the hit sitcom "The Facts of Life." (Courtesy of Geri Jewell)

Fox News: In your book, "I'm Walking as Straight as I Can," you also described being faced with addiction at one point in your life. When did you realize that you needed help?
Jewell: Prescription drugs have always been a part of my journey because I deal with a lot of chronic pain… But I think when I was so high on prescription drugs in ’99 that I flipped over backward and basically crushed a lot of my bones in my neck. And ironically, the drugs that I was taking prior to that were for my neck. If you looked at earlier performances of me, my head moved a lot from involuntary movements. So as you can imagine, there were a lot of issues concerning my neck which caused pain... It was a gradual journey toward healing from that. But now I use Botox! I’ve been getting three, four vials of Botox on my neck since ’99 for chronic pain… But I’ve never had it in my face… I’m going to age naturally.

Fox News: What has kept you going?
Jewell: As a performer, it’s because opportunities continue to come my way. As a human being… it’s my spirituality, my relationship with God. That is what’s moving me forward. If I didn’t have that, nothing else would make sense to me… I just keep putting one foot in front of the other in my special way *laughs*.

Fox News: Were you ever worried about not obtaining quality roles because some wouldn’t know how to work with someone who has a disability?
Jewell: You know, not really *laughs*. I didn’t have room to be scared. I spent three years in college before I started doing stand-up [comedy]. The reason why stand-up happened was that I was falling behind in college. It was heaven for me to get that time to be onstage. And in my mind, I had to succeed. I had no other choice. I just had to do it. And when you start off as a stand-up comic, any comic would tell you the scariest place in the world is being on that stage with a microphone on your hand and nothing to fall back on. Everything else was not so difficult.

Fox News: How do you use comedy to address misconceptions about cerebral palsy?
Jewell: I make fun of the human condition. I think the healthiest sense of humor we could have is a sense of humor about ourselves. I have that. I got that from my family — they raised me that way. When I was learning how to walk, instead of my mom running every time I would make a misstep, she would just look at me and say, “Is that trip necessary?” *laughs* She got me to laugh so I wouldn’t take myself so seriously. That was an enormous gift.

Fox News: When your book first came out, you also came out of the closet. Did it surprise you that people were so accepting?
Jewell: I was pleasantly surprised. If you want to say I was scared then, then I guess I was scared. I just think when you get to know me, I tell the truth. And the truth will never hurt you in the long run. I think my biggest fear was that parents of children with disabilities wouldn’t want me to speak at their schools or organizations anymore. That’s what scared me the most. I didn’t want all the work that I did to be disregarded because of one part of me that was true. But after the book was published, I had just as much speaking gigs, if not more. And parents still embraced me. That was such a beautiful spiritual awakening for me.

"Deadwood: The Movie" premieres May 31 on HBO.