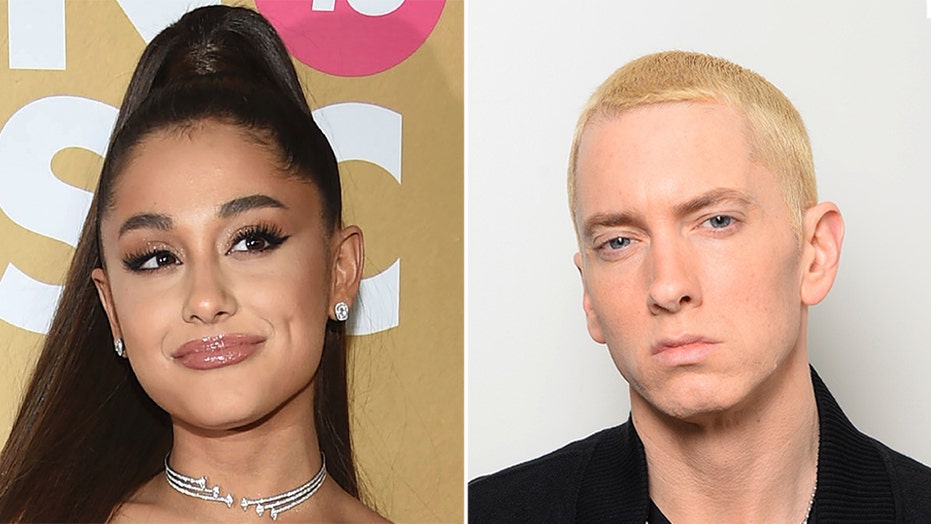 Fans are slamming Eminem after the rapper's new surprise album contains a controversial lyric about the 2017 Manchester bombing that killed 22 people during an Ariana Grande concert.

The rapper first caused a stir online on Friday after he released a music video for one of the album's songs titled "Darkness," which depicts a shooting at a concert. The new album, titled "Music to be Murdered By," features the Detroit rapper advocating for changes in gun laws, however, one particular lyric has left Grande's fans claiming he took his political views on violence too far.

In a song titled "Unaccomodating," Eminem raps: "But I'm contemplating yelling 'bombs away' on the game/Like I'm outside of an Ariana Grande concert waiting.'"

The lyric was deemed deplorable by angry Grande supporters, who began petitioning for the hashtag #EminemIsOverParty to go viral. Meanwhile, others came to the rapper's defense and called attention to the nearly $2 million he raised for the Manchester attack victims in 2017.

"Eminem is trash, I think that the Manchester reference is so unneccessary, it's insensitive and very disrespectful to the families of the tragedy, some may think I'm being sensitive, but of all the things he could've talked about, he chose that. #EminemIsOverParty," one Twitter user wrote.

Another user wrote: "Insensitive and disrespectful is Eminem's entire purpose as an artist."

In another tweet, a fan said the 47-year-old rapper is acting "like a broke teenager in high school."

As of Thursday afternoon, Grande, 26, did not appear to respond to the drama. However, Eminem's album dropped on the same day as the pop star's ex-boyfriend Mac Miller's posthumous album, which she drew attention to with a simple share of the album's artwork in an Instagram story.

In May 2017, The Telegraph reported that Eminem raised over $2 million for victims of the bombing, which took the lives of 22 and injured several others. At the time, the rapper took to his social media accounts to ask for the public to help him raise donations for the British Red Cross.

"Ya'll clearly don't know Eminem if you think these lyrics are his worst," a user wrote on Twitter. "He donated $2M to the cause he's been talking about and ya'll trying to cancel him over a song lyric. He's been mainstream since the 90s, he ain't going anywhere."

"People need to stop tripping about the Eminem bar and acknowledge the fact that he raised $2 million for the Manchester victims," another wrote.

ARIANA GRANDE GETS PELTED WITH A LEMON DURING COACHELLA SET

Some social media users also defended the rapper by reminding fans that Grande's ex-boyfriend Pete Davidson once made a joke about the bombing.

"Ariana's freaking fiance was making jokes about Manchester and Ariana defended him.....ya'll can attempt to cancel Eminem for the 1 billionth time tho #EminemIsOverParty," wrote a fan.