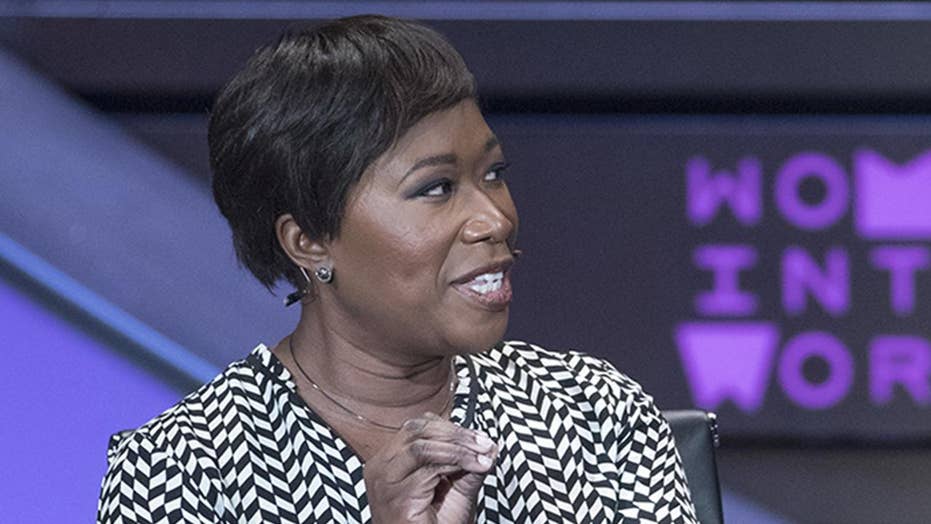 From Joy Reid’s homophobic blog posts to the infamous ‘Access Hollywood’ tapes, a look at scandals that NBC has apparently glossed-over.

MSNBC’s Joy Reid may be a star of the #Resistance movement, but she reportedly sided with “kick-ass funny’ Donald Trump and fat-shamed Rosie O'Donnell over a decade ago at the height of the public feud between the current president and former talk show host.

Reid is in crisis mode after claiming hackers planted homophobic slurs on her now-defunct website to tarnish her name as critics and experts continue to poke holes in her story. On Wednesday, Washington Free Beacon reporter Alex Griswold uncovered another post on Reid’s controversial pre-fame blog at the Library of Congress, which has preserved the archives. It’s safe to assume Reid’s anti-Trump fan base won’t be amused with Griswold’s findings.

In 2007, Trump and O'Donnell were embroiled in a celebrity feud that often played out on Twitter and Reid took to her blog with her thoughts on the situation.

“How much longer until that chubbed-out shrew Rosie O’Donnell gets her fat ass canned by [Barbara Walters],” Reid reported of the former “The View” co-host, according to Griswold. “How much more kick-ass funny can Donald Trump be?”

Reid said that "The View" honcho Walters didn’t take sides in the feud, adding “unlike myself… I’m square for The Donald on this one,” according to Griswold.

"I’m square for The Donald on this one."

The current MSNBC star then linked to a Trump “missive” to O'Donnell with the comment, "Here it is, but bigger… heehee…"

“The Library of Congress archived Reid's now-defunct blog post on Jan. 14, 2007 at 6:52 a.m. ET. If Reid's website was indeed hacked as she now claims, the hacker would've had to target her site over a decade ago,” Griswold wrote.

MSNBC has been silent regarding Reid since Mediaite reported on Monday that she blamed a series of homophobic slurs that appeared on her blog on “an unknown, external party,” but her lawyer has told multiple news outlets that the FBI is investigating her claims.

Politico reported on Wednesday that an anonymous NBC spokesperson said Reid will stay on air until the legal process plays out, but The Daily Beast has put a “pause” on her columns for the time being.

Things started to snowball for Reid on Tuesday evening when prominent LGBTQ organization PFLAG National rescinded its Straight for Equality in Media award to Reid amid the scandal. Shortly after PFLAG National’s announcement, liberal news organizations such as The New York Times and CNN began covering the story after initially avoiding it.

MSNBC’s biggest star, Rachel Maddow, is openly gay and the blog posts include insults directed at Maddow. The slurs on Reid’s old site also include comments about “lesbian hair,” attempts to expose closeted gay men, calling homosexual sex “gross,” assumptions that gay men prey on young boys and an assortment of jabs at Maddow, who she allegedly called “at the left-most end of the political spectrum.”

BuzzFeed reported that Reid backed out of a planned speaking event scheduled for Thursday as she continues to keep a low profile amid the controversy.

MSNBC did not respond to multiple requests for comment.