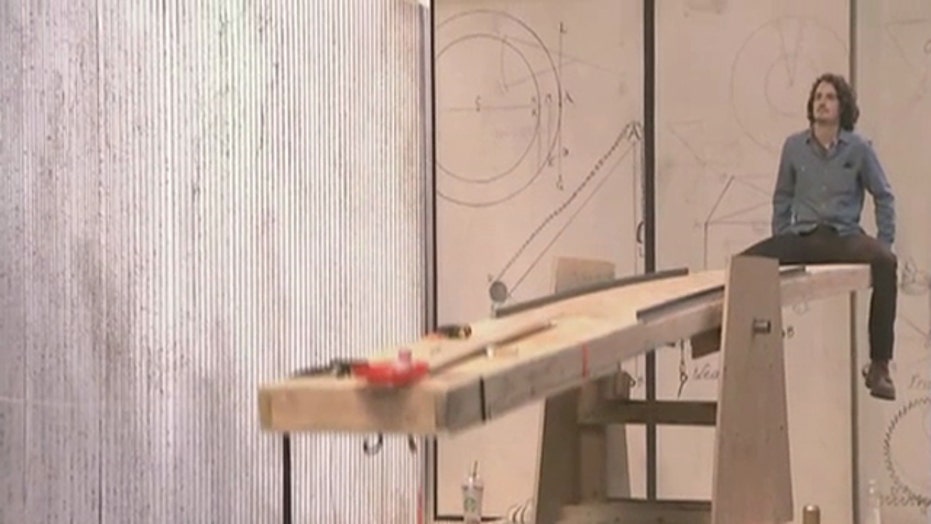 If you're a "Mythbusters" fan, you're going to like the new series "Unchained Reactions."

The reality competition show is hosted and judged by the "Mythbusters" guys, Adam Savage and Jamie Hyneman.

Savage told Fox411.com that putting together a competition show wasn't something he was initially enthusiastic about.

"The hardest challenge for us was the fact that in general, we don't like competition shows," he said. "We wanted to craft a show that we would be excited about being contestants on."

On the March 18 premiere, a team of Hollywood set carpenters called the Blecha Brothers are pitted against Team Crash Space, electronics experts comprised of hackers, programmers, builders, makers and artists. Savage said another part of the challenge for him as a judge is just plain butting out.

"Everyone on the teams busted ass and worked so hard to make their devices work. Sometimes just looking at the amount of labor involved made me tired," he said. "It was also hard because I'd see inefficient or wonky ways of doing things and I'd want to fix them."

And while pyrotechnics, massive machines, and all manner of flying objects are employed in the teams/ contrpatinos, Savage says not to worry, no engineers or artists were harmed in the making of his show.

"We have available shop supers that make sure nobody goes beyond the bounds," he said. "There's fire, but we have a licensed pyrotechnician who supervises the explosive parts of the show."