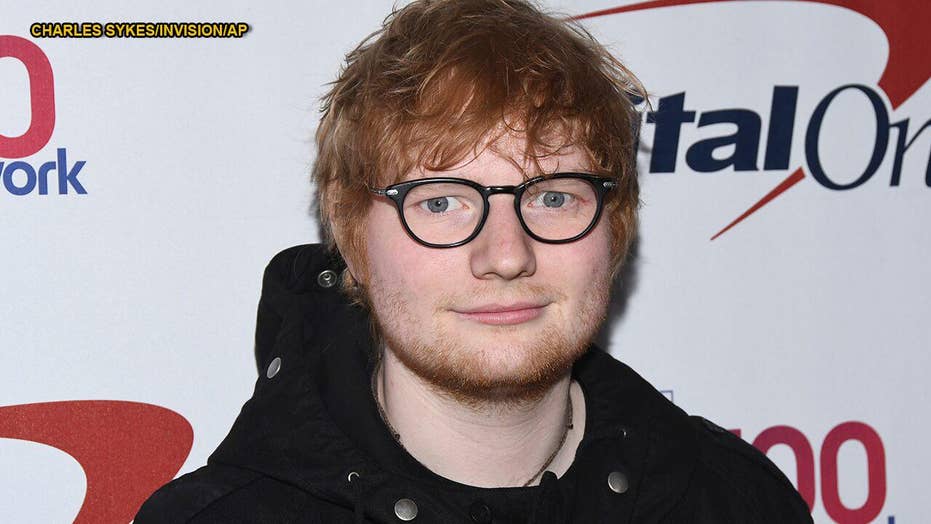 Ed Sheeran's tattooist has admitted that he thinks the singer's weird and wonderful tattoos are "s**t".

The "Shape Of You" hitmaker is covered in inkings of everything from cartoon penguin Pingu to the Heinz Ketchup label.

And tattooist Kevin Paul -- who has done more than 40 of Ed's tattoos -- admits that working with the musician has been one of the "best and worst" things to happen to his career after trolls criticized his ink.

"I agree with most of it, his tattoos aren't very good," Kevin told the Mirror.

"They are! But every single thing that he's got is personal to him.."

"Him and Harry Styles had Pingu tattooed on them and they had it done because that was the cartoon they liked as a child."

He said: "It definitely changed things, I was a big massive artist doing 3D-work and winning multi awards.

ED SHEERAN OPENS UP ABOUT BATTLING ANXIETY: 'I CLOSED OFF FROM REALITY'

"And then all of a sudden you end up doing Pingu the Penguin and f****** gingerbread men on popstars.

"And all that client base just dies off but the doorways it has opened for me are much bigger."

Back in August, The Sun on Sunday reported that Kevin launched a bid to tackle knife crime by counseling youngsters in the UK’s roughest schools and prisons.

And he asked his famous pals to put their hands in their pockets to support his campaign.

The tattooist told how he is determined to make a difference by using positive messages - and says Stormzy could be "a better role model."

He exclusively told the Sun on Sunday: “People’s sons and daughters are getting killed every day by knives and the government is failing to sort it out.

“Their attempts - like the recent #knifefree chicken boxes - are all wrong. They are trying to work with rappers when their songs glamorize violence and make it cool.

“Rappers like Stormzy could be much better role models if they didn’t sing about carrying weapons.

“One prisoner I spoke to said he was listening to a rap song one day that spat out the lyrics: ‘Pick up a knife, pick up a knife’ - so that’s what he did.

“My message is more positive.

“I want to show people that you can go from being a drug dealer to being jetted around the world by billionaires if you make the right choices.

“I guarantee you, not one person in prison is happy with their choices. And I want to open their lives up to the kids I talk to when I go into schools.

“One gangster I met was stabbed in the throat and called his mum as he was lying on the pavement bleeding out, telling her he was going to die.

“If I tell that story to kids, not one of them will think it’s cool.”

Kevin, who is now married with two children, grew up on a rough council estate in Swadlincote, Derbyshire.

After falling in with a bad crowd, he began selling drugs and stealing at 15, and soon became tangled up in a vicious war between rival drug gangs.

He says his wake up call came when he was kidnapped by drug dealers at the age of 17.

And remembering the horrifying ordeal, he said: “I really thought I was going to die.

"But that was the moment that changed everything for me.

“I realised I wanted to start making more positive choices, and after that every positive doorway I went through led me to a more positive one.

“I have worked hard over the years - nothing has fallen into my lap - but I spend my life now jetting around the world, hanging out on yachts.

"I'm still the person I was, I'm still common.

“I came from the same jungle as the kids I talk to. But I have a great life, and I work with some of the most famous people they have ever heard of.

“And that’s why they listen to me, when they won't listen to a counsellor who is near broke when they tell them to stick on the straight and narrow.”

The venture was such a success that he volunteered to talk to inmates at HM Dovegate - a category B men's private prison near Staffordshire.

Since then, he has been inundated with requests to visit other schools and prisons.

And Home Office representatives contacted him in July to give him their backing.

But without the cash reserves to continue self-funding the scheme, Kevin told how it would have come to a juddering halt if not for his famous friends.

Kevin went on: "The reason I started this in the first place was that I was scared for my kids growing up in this country with so much knife crime.

"I looked at what was being done and I thought: 'I reckon I could do better than that.'

"It turns out that I was right, and I can do some good. But without money, I'm limited to how much I can achieve, how many people I can talk to.

"That's why I have asked people like Ed to back me, and he has been so generous.

"If I can raise enough money to do so, I want to spend all my time doing this - talking in schools and prisons, and helping people to see a way out.

"I think a big problem with the people in government is that they don’t understand what it’s like to live on these poor estates, with so much fear.

"Youngsters are terrorized into carrying knives, into dealing drugs, to stay alive.

"That leads to more bad choices, and they end up in prison, and then they are sent back to the same exact place where they first got into trouble.

"They think that they have no choice, and that is just their life.

"But if they can talk to someone who relates to them, and who has escaped from that life, they can see they have more choices than they think.

"I'm brutally honest with them about where I came from, as well as where I am now.

"I tell them I've made all the money they want, but that I've done it legally. And now I can walk down the street knowing no one wants to kill me."

Kevin says following the success of his campaign, the Home Office is now considering giving him an official role helping them to tackle knife crime.

And the artist says he would jump at the chance to take on the challenge.

He continued: "I would love to work with the government on this, because I want to help make a difference in as many people's lives as I can.

"And imagine how positive it would be to show youngsters that a former drug dealer from a rough estate could end up doing something like that.

"I'd be living proof that their future could be so much better than they think."