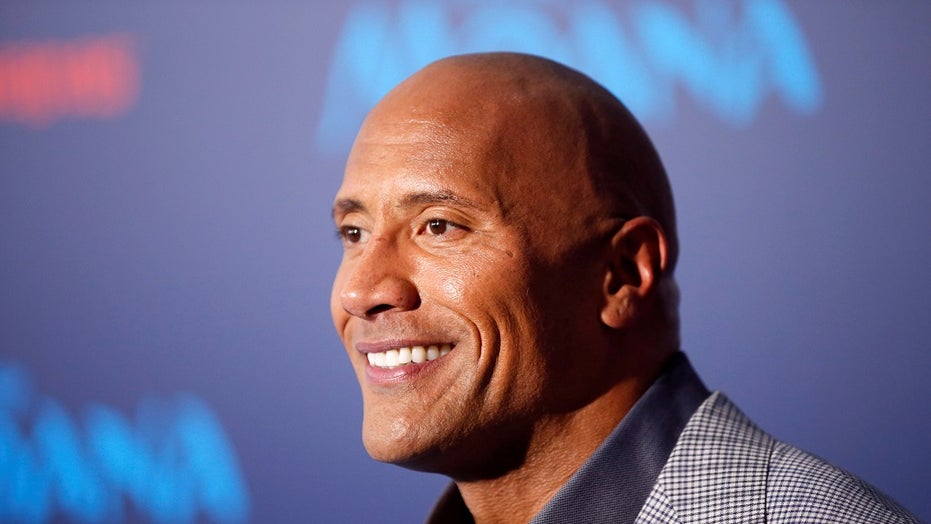 Dwayne 'The Rock' Johnson is feeling nothing but gratitude towards his daughters.

In an appearance on "Good Morning America" on Wednesday, the upcoming "Hobbs and Shaw" star opened up about his experience as a man only raising daughters, calling it "the greatest blessing" he's ever had.

"As men, you know, you’re like, 'Oh yeah I’m going to raise my son' but having all daughters, it’s the greatest blessing I’ve ever had," the actor, 47, said on the program.

Johnson, who was recently named the highest-paid actor of 2019, told host Michael Strahan that despite the intense masculinity depicted in the "Fast and Furious" franchise, his home life is "the complete opposite." It's also worth noting that while the actor's character of Hobbs in the series is shown to be a no-nonsense cop, he is also shown on occasion to be a loving family man.

Johnson currently lives with his partner Lauren Hashian, 34, along with their two daughters, 3-year-old Jasmine and 1-year-old Tiana. Additionally, the "Jumanji" star also raises a 17-year-old daughter, Simone, who he shares with ex-wife Dany Garcia.

Later in the interview, the actor described a moment he shared with his mother, Ata Johnson, on the set of "Hobbs and Shaw," while filming an "emotional" scene that highlighted his half-Samoan background. According to the actor, the entire event brought his mother to tears.

"There's a pivotal scene at the end [of the movie] where we go to war, and me and my Samoan brothers were getting ready to do what's called the siva tau, and that is the Samoan version of a haka," said Johnson. "And when you do it, it's very visceral, it's very emotional, it's very intense."

When the cast and crew noticed Ata's overwhelming emotional display, they all quickly rushed to ensure she was okay.

'It was a beautiful moment when the director yelled cut and all my brothers went over to [my mother] and gave her a hug and checked on her, and made sure everything was good," he recounted.

This interview was not the first time Johnson has expressed his love for the women in his life. Last month, the "Moana" actor spoke to Extra about being the only man in the house, saying that the amount of "estrogenic energy" he faces daily is a good balance, compared what he experienced in his early life.

"I grew up an only child," Johnson said on the show. "My dad was tough. He kicked my ass, so there was a lot of testosterone growing up, so there is this balance, having all this estrogenic energy, then also me having the opportunity to infuse 'father' and hopefully setting a standard of what a man should be in their lives."

He went on to individually highlight each of his three daughters, praising them for their "strong, bad-ass" characters.

"[Jasmine's] so beautiful, and her and Tia — and of course my oldest Simone — it’s just the best thing," he gushed. "I have a house full of just strong, bad-ass women... It’s terrifying, but it’s awesome."