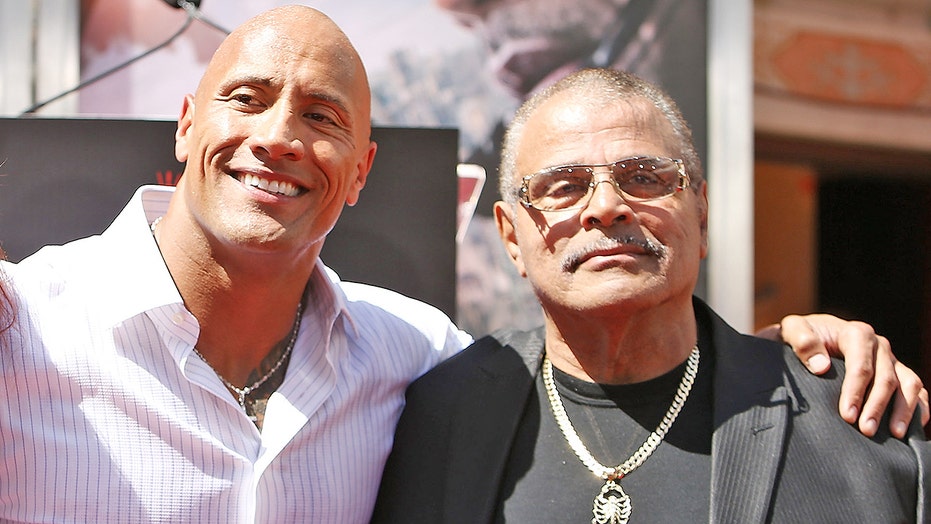 Dwayne "The Rock" Johnson is opening up following the death of his father, Rocky Johnson.

The WWE Hall of Famer died last week at the age of 75, and now, Dwayne has revealed that he passed following medical complications.

The "Jumanji: The Next Level" star took to Instagram, sharing the information in a video.

"As you know, I lost my old man a few days ago. I lost him just like that, didn't get a chance to say goodbye to him," said Johnson in the video, sitting outside. "I would give anything right now to give him a big ole hug and a big ole kiss before he crossed over and just say thank you and I love you and I respect you. I didn't get a chance to say that, but such is life, as many of you know."

The 47-year-old actor then recalled the special relationship he had with his father.

"There's a unique father-and-son bond that's so unique and it's a testosterone-driven bond that's irreplaceable," Johnson said. "So there's so much about my old man and all of his complexities that only me as his son can understand."

According to Johnson, Rocky died from a condition called deep vein thrombosis.

"He had not been feeling well," revealed Johnson. "He'd been battling a cold and infection and on Tuesday he had what's called a deep vein thrombosis, which is essentially a blood clot in the leg. It was a big old blood clot that broke free, traveled up his body and went right to his lung, clotted his lung and he died very quickly from a massive heart attack."

Despite the sudden death, Johnson was told that Rocky's suffering was short.

"He went fast, he went quick. That's my old man. He was always quick," recalled Johnson. "That did give me great comfort because it wasn't prolonged."

Johnson then reflected on his father's career as a professional wrestler and said his father often told him "a day without pain is like a day without sunshine."

"Always have your back," said Olympian Lindsey Vonn.