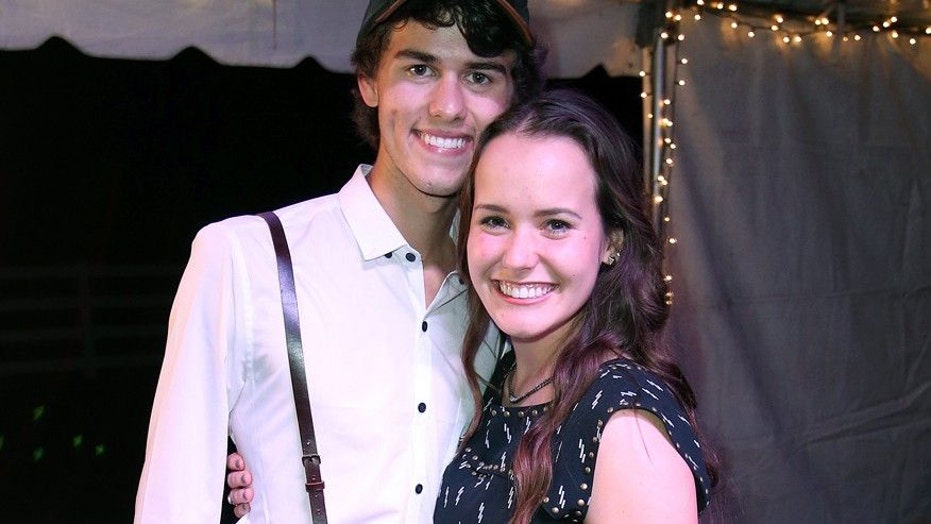 The 24-year-old and his wife, Mary Kate, announced Wednesday they had welcomed their first child together on Monday, 10 days ahead of his expected due date.

“Hi baby John Shepherd!! He decided to surprise us 10 days early on October 14, 2019 and we are in loveeeee,” she captioned a photo of the baby wearing a sweater with his name on it.

She also shared a collection of photos of her, John Luke and their son all smiling together.

“Robertson family of 3!!!” she captioned the series.

John Luke also took to Instagram to announce the exciting news as well.

“Welcome to the world, John Shepherd!” he wrote over a black-and-white image of the family still in the hospital.

They revealed that they were expecting their first child together in May with an Instagram photo showing them posing in a field and holding a sonogram.

The duo got creative for a maternity shoot in June where they recreated a snap of John Luke’s parents, Korie and Willie Robertson, while she was pregnant with him. The elder couple posed on the beach with Willie sticking out his stomach to stimulate his wife’s baby bump. John Luke and Mary Kate recreated the same photo right down to the wardrobe several years later.

The couple tied the knot in 2015 at his family’s farm in Louisiana.