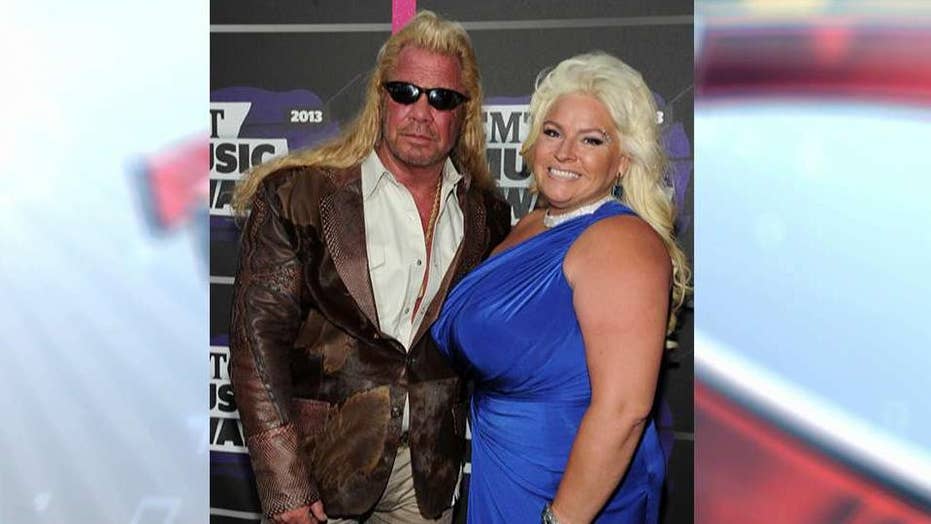 Beth Chapman, wife of Duane 'Dog the Bounty Hunter' Chapman, has passed away in Hawaii.

A representative for the reality star and bounty hunter told us that the Bounty Store was burglarized earlier this week. Not only was merchandise taken, but items belonging to the reality star's late wife, Beth Chapman, were taken as well.

"To whoever did this, you better watch out. Dog is coming for you."

"The official Dog and Beth merchandise store was robbed on Thursday. Not only did the thieves take thousands of dollars of clothing, these criminals took priceless personal belongings of our beloved Beth, including tributes to her kindly left by our amazing fans," the statement from a family spokesperson to Fox News reads.

"We are working with our friends in law enforcement to find these perpetrators, and are offering a cash reward to anyone who provides information about their identity. To whoever did this, you better watch out. Dog is coming for you."

According to The Blast, which first reported the news, the place had been totally ransacked. Law enforcement sources reportedly told the outlet that the thief or thieves made off with a lot of the merchandise in the store. Most notably, some of Beth’s bounty hunting gear was taken after being put on display as a makeshift memorial dedicated to the late star.

“The Bible says it is an unforgivable sin to steal from the dead,” Chapman wrote on Twitter. “LARGE CASH REWARD FOR ANY INFORMATION FIR WHO IS RESPONSIBLE FOR THIS !!!”

Fox 31 in Colorado reports that the front of the store has damage, but was unable to confirm what the inside looked like.

Duane, 66, announced Beth’s death on Twitter last month, writing, "It’s 5:32 in Hawaii, this is the time she would wake up to go hike Koko Head mountain. Only today, she hiked the stairway to heaven. We all love you, Beth. See you on the other side."

Beth was first diagnosed with stage 2 throat cancer in November 2017. She underwent successful surgery, but doctors months later told her the cancer had returned. Although she began chemotherapy in December 2018, Duane told Us Weekly at the time that she wanted to explore alternative therapies instead.

In April 2019 she was admitted to a hospital in Hawaii with "serious breathing issues," but recovered.