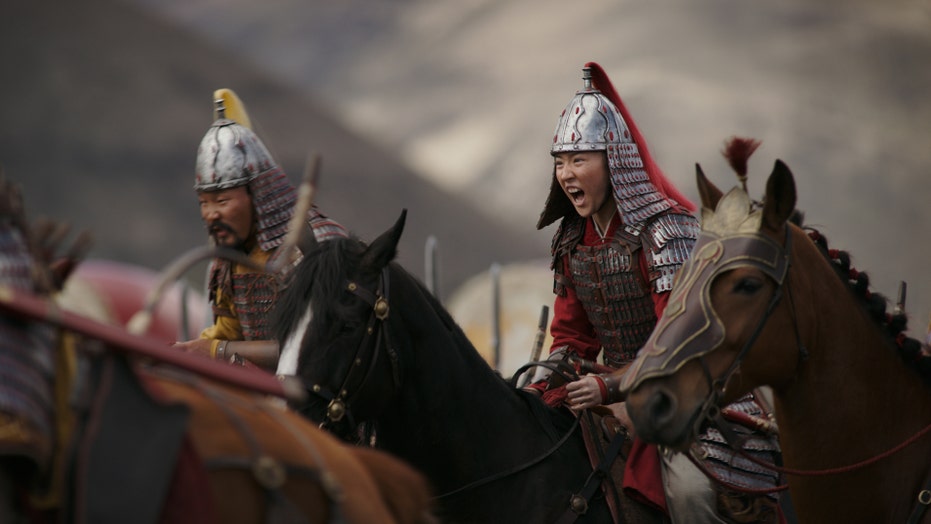 Disney's remake of "Mulan" may have dominated the Chinese box office but it received mixed reviews from critics in the country, who dinged the live-action remake as inauthentic to Chinese culture, historically inaccurate and generally problematic.

The movie was rated 4.9 out of 10 by more than 165,000 people on Douban, a leading website for film, book and music ratings. Negative comments and jokes about the film outnumbered positive reactions on social media.

“Mulan” has earned an estimated 198 million yuan ($28.8 million) since its opening last week, and was the second most-watched movie in China as of Thursday, according to ticketing platform Maoyan. It scored a higher 7.5 out of 10 on Maoyan, but also with mixed reviews.

While many Chinese critics, both at home and abroad, said they were disappointed with the film’s inaccurate and stereotypical portrayals of Chinese history and the main character, infused with nationalist tropes, others were not as bothered.

Disney's 'Mulan' is being criticized in China for portraying an inauthentic story.

“It’s fine that different screenwriters make up different stories," Zhang Qin, a military veteran, said after watching the film in Beijing last week. “They can play with imagination and it’s a good thing.”

IT engineer Zhang Fan also had positive things to say about the film. “What touched me is the humanity,” he said.

The remake of Disney’s popular 1998 animation is based on the ancient tale of Hua Mulan, a young woman who takes her father’s place in the army by dressing as a man.

The animated version was a global hit but earned just $30 million in China, where viewers found the movie too Americanized, according to reports at the time.

The original tale, “The Ballad of Mulan,” has gone through multiple renditions. Themes such as filial piety and being loyal to the central government have remained as core tenets, which some find outdated and problematic.

“It’s a very touchy subject in modern China because a lot of people find (filial piety) very constraining, including me," said Xiran Jay Zhao, the Chinese Canadian author of an upcoming book about the only female emperor in China. "It’s like a moral shackle for people.”

Critics also pointed out inaccurate details such as the use of a southern-style house when Mulan is likely from the north and a depiction of “qi” as a power that only boys should wield — when in fact there is no such gender restriction. Some called the makeup and costumes ugly and inauthentic.

Zhao said the film comes off more like European fantasy than a Chinese story, and noted that the film's crew was mostly white, including the director, four screenwriters and costume designer.

"They didn’t really get any Chinese people on the writing staff, and it really showed,” she said.

Jeannette Ng, a Chinese fantasy writer based in the United Kingdom, said the film perpetuates a narrative of China's majority Han people that assimilates and excludes minorities including ethnic Mongolians, Tibetans and Uighurs.

Her comments mirror the latest in a series of controversies that have hit the film outside mainland China.

The film previously caught backlash from pro-democracy advocates after its star, Chinese-born actress Liu Yifei, expressed her support on social media of police in Hong Kong amid widespread violent clashes against pro-democracy demonstrators. The post led to the hashtag #BoycottMulan becoming popular.

In addition, "Mulan" was criticized after it dropped on the Disney+ streaming platform on Sept. 4 for including a special thanks in its credits to government entities in Xinjiang for allowing some of the film’s scenes to be shot in the area.