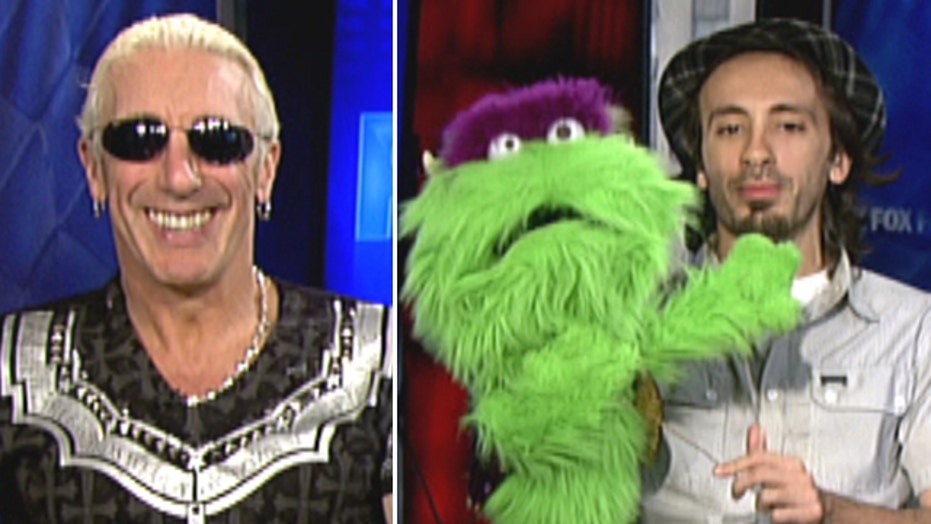 Dee Snider puts his spin on Shakespeare in Broadway show

The frontman of the heavy metal band Twisted Sister has joined forces with ... some puppets.

Yes, Dee Snider is putting his own spin on Shakespeare in a new Broadway production "Puppet Titus Andronicus."

Snider's new show is a collaboration with the Puppet Shakespeare Players, a New York-based theater troupe. They use puppets in a comedic take on Shakespeare's so-called worst play. It opened to previews Thursday with the official premiere on July 30th.

“Some people ask what’s the connection between me and puppets, but what’s more metal than murder and mayhem, themes [of the original play],” Dee told Fox 411.

He says the show hopes to make a connection with both his rock fans and those who enjoy Shakespeare.

The concept came from Snider's son and comedian, Shane, who produces the show. He says he appreciates the opportunity to work with his dad on the project.

“It’s wonderful, we having been doing so much stuff – from reality shows to the [music video] “Mack the Knife” … now this,” said Shane.

“It’s amazing to get the chance to work with your offspring, it’s the coolest thing in the world," Dee said. "You raise them and see them go off into the world then be able to back their passion."

Dee is looking to expand his Broadway credits even further. He’s working on another project set for the upcoming holiday season in Chicago called “Dee Snider’s Rock and Roll Christmas Tale.”

If the show is a success, Dee hopes to see it come to New York.

But there are no puppets.