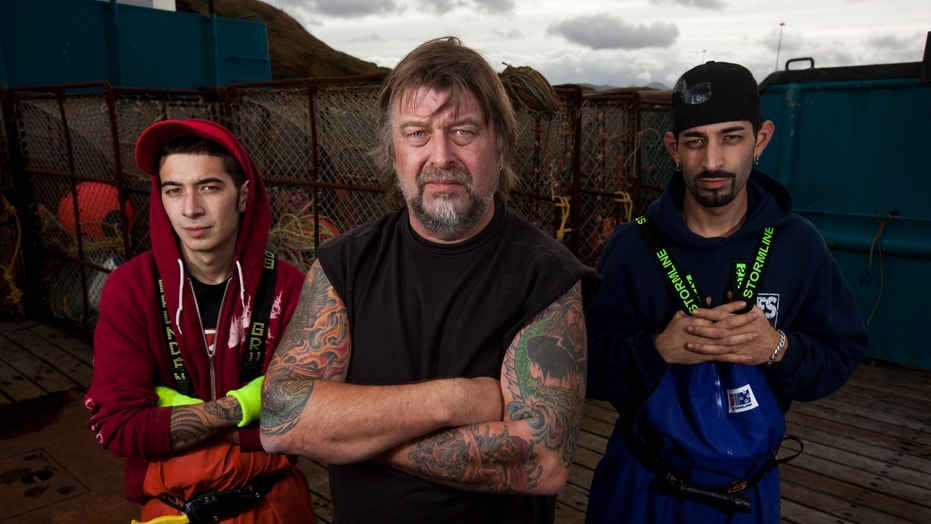 EXCLUSIVE: Captain Josh Harris is in constant competition with his late father, fellow mariner and boat captain Phil Harris, though the younger Harris would tell you he’s merely carrying on his father’s storied legacy -- and for good reason.

The “Deadliest Catch” star recently premiered his new spinoff series, titled “Deadliest Catch: Bloodline,” but on this show, Harris, along with his business partner Casey McManus, is on a mission to discover the hidden trove of fishing spots in and around the waters of Hawaii.

Through old handwritten relics -- which he found while renovating his boat -- Harris, 37, discovered his father had plotted and fished there some decades earlier. Now, in order to interpret the elder Harris’ fishing charts, the pair uses the skills of an experienced commercial fisherman, Jeff Silva, to help them navigate the treacherous seas and fulfill his dad’s legacy.

Speaking with Fox News, Harris reflected on his favorite memory of his father and it today still brings out intense chuckles in the avid seafarer, as well as the expeditions Harris has had since discovering his father’s old fishing plans, which the experienced Alaska harpooner described to be much deadlier in the waters off Hawaii.

“It was really interesting to see the different places my dad has been, to get to hear all the different stories and understanding why he went there,” Harris explained. “And then meeting the people that he got to meet, though – which was a really wild part. It was kind of cool because then you get to hear the stories about why my dad was there and what he did.”

Harris also got to meet people who actually got to see his father at the time.

"He signed stuff for them and they still have it in their office over there, which was really cool to see his signature and see the type of s--- that he wrote down on these things, these signatures that he had sent out for these people,” Harris said. “It takes me back to a different time when he was alive and I was there doing autograph sessions with him, you know? And I could just see him saying some of the s--- that he wrote down to some of these people and it just makes me smile.”

For Harris, memories like these never fade and often grow more vivid, given the details other fishing peers have told him about his dad.

“I'm, like, cracking up, saying, ‘Yep, that's definitely the old man,'” he said. “And it was just it was really cool. And at the same token, it's like, man, fishing in Hawaii is a lot harder than you can imagine. Everything wants to kill you when you get on the water. So it's pretty crazy.”

Added Harris: “The whole situation, though, and seeing what he got to see and, 'Is there a possibility there could be a business aspect in there? Yes, there is.' And we only got to check out just a small portion of what he got to see. So we're probably going to go back and continue on this investigation and see what else there is to see out there before we finally commit to anything. That's something that's huge.”

Harris also recalled a childhood memory of his father, who died in 2010 at age 53, while he was growing up.

“So I'm trying out for the high school baseball team and we go to this batting cage on Father's Day. And it's at one of those fun-plexes, you know, where they've got the go-karts and the laser tag and a lot of stuff," Harris remembered.

He continued: “So we go into this batting cage and it was like medium-pitch, so it's around 35, 40 mph fastballs – and I'm hitting. And he's like, 'If you want to be a real man, you're going in the heart of the fast one.' I go in there and I couldn't hit a ball to save my life. So he's like, 'Let me show you how it's done.' And so he grabs this bat and he's smoking a cigarette -- which you're not allowed to smoke at this place. He didn't give a s---.”

Harris recounted his father going into the batting cage after eschewing the no-smoking rules as he told the attendant he was nearly finished with his cigarette.

“The guy's like, 'Hey – you can't be smoking. And my dad’s like, 'What? I'm just about done' and they're like, 'And you've got to put a hard hat on to go inside that cage,'” Harris continued through bouts of laughter. “So my dad goes out and there are only like a couple left and the cages are packed – and he grabs this like medium like helmet thing to put on and it's way too small for his head. So he puts this thing on and it's pinching the sides of his head but it's like three inches above his head, but it's the only one that would remotely work. And he's swinging so hard to try to hit one of these balls.”

Harris said his father’s face “turned bright red and all of his veins in his neck are all popped out."

"This helmet is not fitting him at all," Harris remembered. "And he is swinging so hard and grunting at the same time, biting down on the cigarette and he's missing everything. But that moment right there, it was so awesome because he's trying so hard and he was getting so mad and he's swinging that much harder but he was late for the pitch every time.”

The reality star said he let his father have it once his old man exited the batting cage and their day ended with the two grabbing a bite to eat.

“I'm like, way to go, Dad! You really knocked 'em dead,” Harris quipped. “And he goes, 'Shut up – get in the car. We're going to get something to eat.' I mean, it was so funny to watch him swinging harder and harder and getting more p---ed off every time. Aw, man. That was one of my favorite memories of my dad, right there.”

Immediately pressed if that moment was the only in which he ever saw his father defeated at anything in life, Harris thought about it and agreed emphatically.

“As a matter of fact, that is sure as s--- correct!” he shouted. “It was great. I loved every second of it! My hero, taken down by a batting cage!”