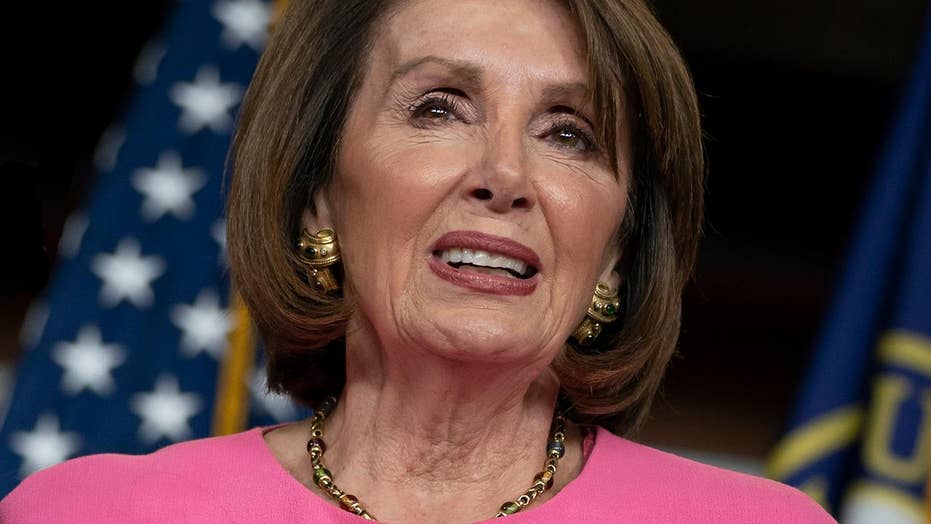 The Daily Beast faced a heavy backlash on social media Sunday after one of its reporters was accused of doxxing a private citizen who allegedly created a manipulated video that falsely portrays House Speaker Nancy Pelosi, D-Calif. as if she were intoxicated and posted it on Facebook.

Daily Beast reporter Kevin Poulsen tweeted Saturday night that he had been "looking for the Russian troll behind the 'Drunk Pelosi' viral video hoax. Turns out he's an itinerant forklift operator from the Bronx who's been secretly running hard-right ‘news’ outlets across social media for years. Also, not Russian." The tweet included a link to a story that identified the man by name and detailed his employment history, past relationships and social media footprint. The subheadline of the story described the man as "a sports blogger from the Bronx [who is] currently on probation for domestic battery."

The article initially included a picture of the man, but that had been removed from the story as of Sunday night.

The three-minute clip of a May 22 Pelosi speaking event at the Center for American Progress, a liberal think tank, was uploaded on Facebook by a group called "Politics WatchDog." The video shows her frequently slurring her words and her voice sounding garbled. Copies of the clip had also been found on Twitter and YouTube, which the latter had removed.

The man admitted to the Daily Beast that he was an administrator of the "Politics WatchDog" group, but denied posting the Pelosi video, blaming a "female admin."

The Daily Beast report was met with strong criticism from reporters for outlets with varying editorial slants. Huffington Post and New York magazine contributor Yashar Ali tweeted: "[I]t sets a really bad precedent when a private citizen, particularly someone who is working a blue collar job, has their identity publicly revealed simply because they made a video of a politician appearing to be drunk. His identity offers nothing to this story."

The Wrap media editor Jon Levine described the story as "[a] hit job on a completely private citizen ... over a joke video of Pelosi that happened to go viral."

Fox Business Network's Charlie Gasparino tweeted: "The @thedailybeast spends a lot of time telling us everything we don't need to know about the guy behind the dopey Pelosi video, which is so far from the real story of our shoot-first, facts later social media culture (see covington boys and a lot more)."

"[L]iterally no one thought that [Russians created the Pelosi video]," Miller tweeted. "Media using their bylines to go after and intimidate private citizens for internet videos they don’t like is literally enemy of the people s--t."

The Washington Examiner reported the man is now considering a lawsuit.

“I'm looking at my options for possible legal action against anyone who was associated in publishing that inaccurate trash article about me, misquoting me and accusing me of being the creator of the Speaker Pelosi video that went viral,” the man said in a description of a "legal action fund" he set up on GoFundMe.

Facebook's refusal to take down the video sparked an outcry among prominent Democrats, with Hillary Clinton describing it as "sexist trash" during a commencement address at Hunter College in New York City last week. Pelosi said in San Francisco that she is no longer giving Facebook the benefit of doubt that it is “unwittingly” spreading false information. She said Facebook is serving an accomplice and enabler of false information and Russian elections interference.

Facebook’s Head of Product Policy and Counterterrorism Monika Bickert said that users are being told that the video is false when they view or share it.

Facebook does not prohibit false information from being shared on its service. Instead, the company says it “downranks” such material to make it less prominent in people’s news feeds and more difficult to find. It also employs outside fact-checkers to determine the veracity of questionable material. It includes such fact checks around the disputed articles and videos but does not directly label them as false.