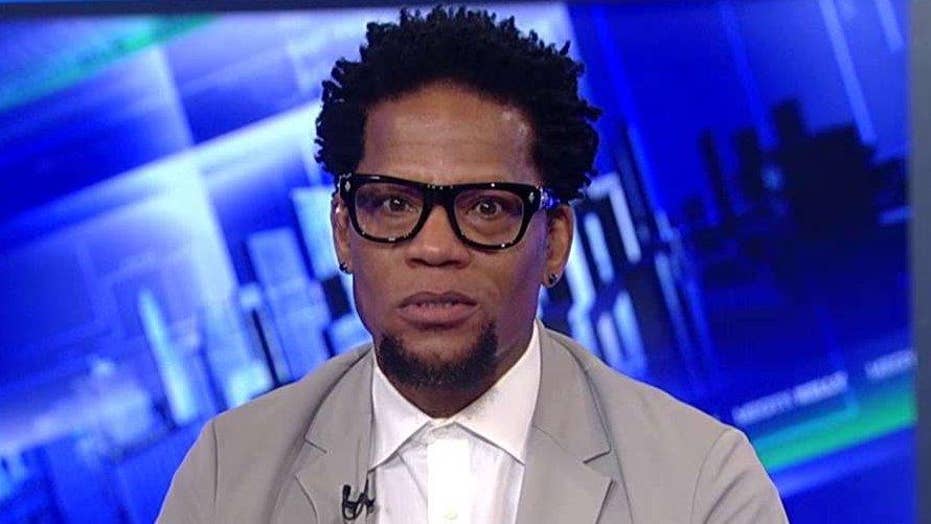 Comedian D.L. Hughley's recent tweet about Debbie Reynolds' and daughter Carrie Fisher's deaths caused an uproar on social media, including demands that he take down his comments.

Now Hughley is saying the politically-correct atmosphere that serves to intimidate free speech on social media is one of the reasons Donald Trump will be our next President.

"I think that that probably is why he got elected," Hughley told TMZ. "I think people are tired of being told what to think and say."

Felix Sanchez, chairman and co-founder of the National Hispanic Foundation for the Arts, says that when it comes to social media and political correctness, it's a balance.

"Today, you get redos all the time. Social media posts are like trial balloons. If they get shut down, you have the choice to amend or disregard," Sanchez told FOX411. "That's the Trump model, and it's not going to disappear anytime soon."

But Hughley says he will never take down a post in response to outside pressure.

One day after Reynolds' death, Hughley tweeted, "Debbie Reynolds died a day after her daughter did! Black Mama’s don’t die cuz they kids do! They cry and say God don’t make no mistakes!"

Steve Martin found himself in a similar situation after posting a tweet about Carrie Fisher after her death. In the since-deleted post, he tweeted, "When I was a young man, Carrie Fisher was the most beautiful creature I had ever seen. She turned out to be witty and bright as well."

Some media outlets and fans turned on the comedian, saying Martin’s tweet had a sexist undertone.

So Martin removed it.

Sanchez argues that Martin and Hughley have different audiences, and therefore different responses.

"Hughley's audience understands that what he says could be read as outlandish. Whereas Martin's audience may be more middle of the road and traditional, and the boundaries are tighter. Hughley is the counterpoint to that," Sanchez says. "Different people equal different parameters."

CEO of Reputation Management Consultants Eric Schiffer says the strongest brands are those that are most authentic, which is why Trump almost never apologizes for his social media posts.

"Trump's fan base understands his ability to push buttons and not back down from positions. And that's his brand," Schiffer says.

Schiffer says no one should allow those who disagree with them to overtake their brand, or who they are as individuals, "especially if it's within your First Amendment rights."

A rep for Hughley did not return FOX411's request for comment.