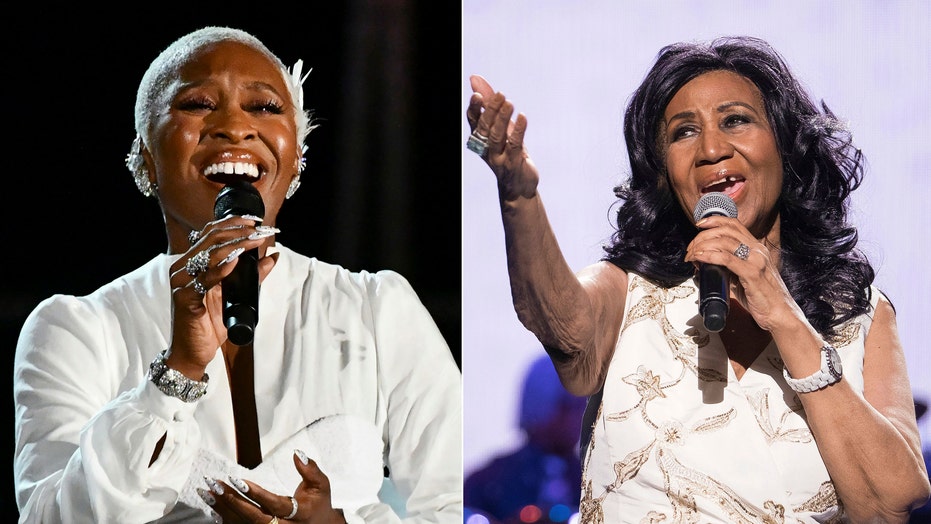 National Geographic has found its next “Genius.”

The network has tapped Cynthia Erivo to play Aretha Franklin in a third installment of the anthology series.

The authorized project will feature Franklin’s music. Erivo will perform songs from the singer’s catalog. Franklin died in 2018 of pancreatic cancer at age 76.

ARETHA FRANKLIN'S ICONIC MOMENTS, FROM 'RESPECT' TO THE ROCK AND ROLL HALL OF FAME

Erivo won a Tony Award, a Grammy and a Daytime Emmy for her work in “The Color Purple.”

Erivo will play Franklin in a third installment of the National Geographic anthology series "Genius." Production on “Genius: Aretha” will begin next month and the series is expected to debut next spring. (Charles Sykes/Invision/AP)

“Genius” dramatizes the story of some of the world’s most legendary innovators. Previous seasons focused on Albert Einstein and Pablo Picasso, starring Geoffrey Rush and Antonio Banderas.

ARETHA FRANKLIN REMEMBERED AS 'QUEEN OF SOUL' WITH 'SPECIAL GIFTS'

Production on “Genius: Aretha” will begin next month. The series is expected to debut next spring.