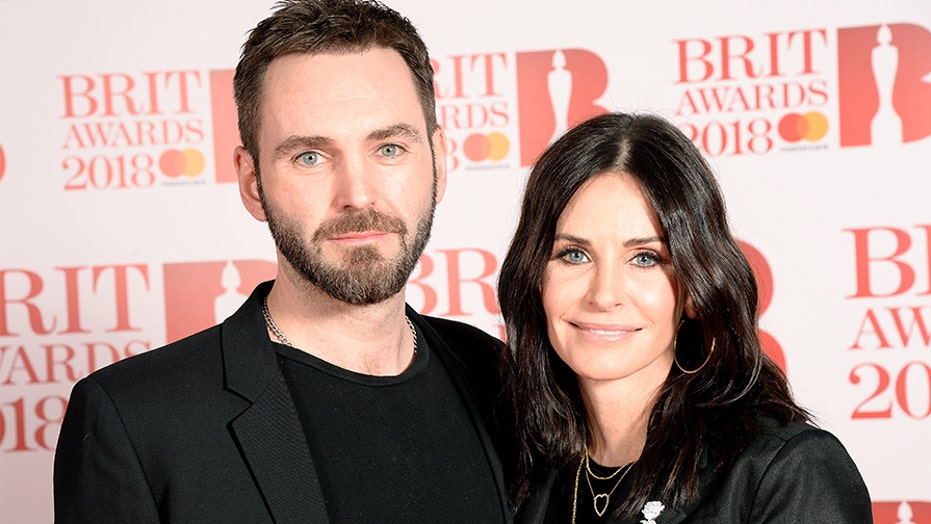 The two have been quarantined in separate countries as Cox, 56, waits out the coronavirus pandemic in America while her 44-year-old beau hunkers down in London.

On Friday, Cox took to Instagram to wish a happy birthday to McDaid, of the band Snow Patrol.

The post showed a sweet photo of the two video-chatting.

"It’s been 133 days since we were last together," the former "Friends" star wrote. "Covid sucks. Happy Birthday J."

She added: "I loved our lunch/dinner (LA/London time) zoom date today. I miss you madly."

During a recent virtual visit with Ellen DeGeneres, Cox explained why she and McDaid have been quarantining so far apart.

"He was supposed to go to Switzerland to write, and instead, he had to go to England first and then, all of the sudden ... they called quarantine," the actress said. "I have not seen him in so long."

She continued: "We spend a lot of time on FaceTime, but now, it's like 'Oh my God,' I just miss his physical touch, just all of it. It's been hard, this is the longest time."

Cox and McDaid have been dating since 2013 and became engaged in 2014. They announced in 2019 that they'd ended their engagement, but were still in a relationship.

Cox also has a 16-year-old daughter, Coco, with actor and ex-husband David Arquette.