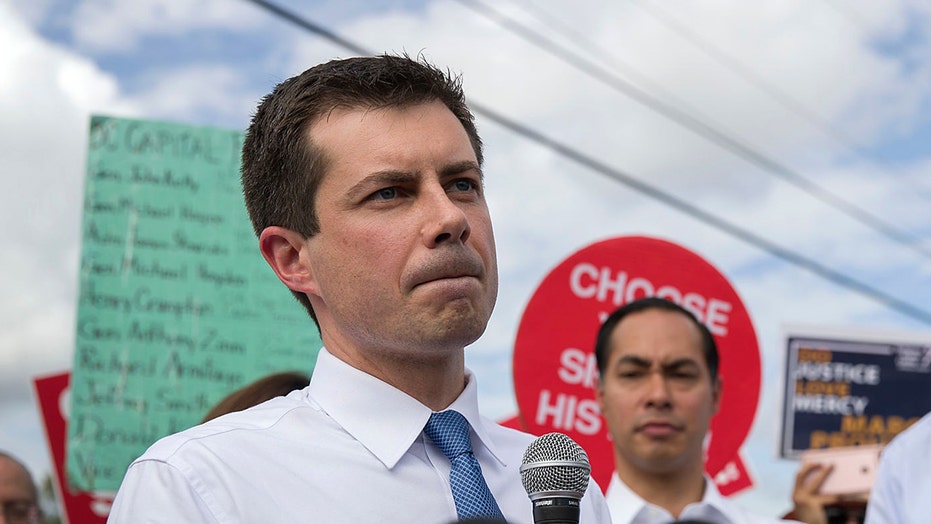 After country radio conglomerate Cumulus nixed an interview one of its hosts had conducted with presidential hopeful Pete Buttigieg, a radio host born and raised in Mayor Pete's home state of Indiana told Fox News he's in the process of nailing down an interview of his own.

"Big Rick" Daniels, who hosts "Big Rick In The Morning" on Kentucky's Goober 95.1 WGGC-FM, told Fox News he wants to give a platform "to any public servant" to be able to share their message with his country music listeners.

"We aim to give a fair platform to any public servant, to talk to country music listeners," Daniels told us in a statement. "We always have an open door, on my show or the station in general, to those who have [an] appropriate message to share."

Daniels' invitation for the South Bend mayor comes after Cumulus decided not to air a 20-minute sitdown Buttigieg did with one of its hosts, Blair Garner.

Listeners were not happy with Cumulus, with some tweeting statements like, "Censorship" and "I call BS on @CumulusMedia . The Fairness Doctrine is no more."

Another tweeted, "Did I mention that we should make this interview with Pete Buttigieg go viral, since the cowards at Cumulus Media suppressed it for no reason whatsoever?"

Cumulus told Fox News its Nashville programming managers decided against airing the interview because as broadcasters, they are subject to the FCC's Equal Time Rule and Buttigieg is just one of the "large number of political candidates currently in this race."

"The decision was made by local programming management based solely on concerns related to the application of the FCC’s Equal Time Rule," the company's statement said. The FCC requires radio and network TV stations to give equal opportunities to legitimate political candidates, under the 1934 so-called “equal time” law.

Buttigieg's press secretary Chris Meagher told Fox News: "It’s important to Pete to reach voters everywhere, and we’ve made it a point on this campaign to go outside the traditional political media bubble - that’s why we reached out to Blair about an interview. He has a big audience, and it’s an audience that doesn’t typically hear directly from Democratic candidates for president. It was a great discussion and we are obviously disappointed that Blair’s listeners won’t have the opportunity to hear it."

While Daniels told us he is "still nailing down a time/day" for his interview with Buttigieg due to "the debates and other planned appearances," he will tweet out a confirmed time for the interview as soon as he can.

"Even if Cumulus had aired the interview, I think we still would have wanted Pete on," Daniels shared with us. "I'm not doing this to spite Cumulus, Blair did the right thing having Pete on, all credit is due to him, for having that courage to do something different. I have tons of talented friends working there also. One decision doesn't speak for all the wonderful work they do in our [communities] nationwide. I wanted to help step up, on behalf of our industry to show there are opportunities for voices to be heard on country radio."

Daniels' program director Greg Almond added in a statement: "Our interest in having Pete Buttigieg on our morning show is not in response to Cumulus not airing the interview, although like everyone else the story did show up on our radar.  Had Cumulus aired the interview we would still have interest in talking with Mayor Pete. This is a person running for President of the United States who was and is actively seeking out Country Music listeners. So we want to give him that opportunity, like I'm sure a lot of other stations are as well."